The worlds tallest man and shortest woman have met in Egypt for an incredible photoshoot. And the difference between them is just astonishing as in one photo Amge looks to be the same size as Kosen’s foot.

According to the Guinness World Records, Sultan Kosen, 35, from Turkey is the tallest man on the planet measuring a massive 8ft 1in.

And Jyoti Amge, 24, from India, has been named the shortest woman at just over 2ft tall.

R. Kelly to tell his side of the story and 'expose' accusers via new website tagged 'Surviving Lies'

They both won their records in 2011. The pair posed for photographs in front of the Pyramids after being invited by the Egyptian Tourism Promotion Board.

And they can be seen putting their differences aside as they pose side by side with big smiles on their faces.

Kosen, 35, was the first person to be measured by the record organisation in over 20 years – and only 10 people in history have ever reached 8ft or more, Guinness World Records says. 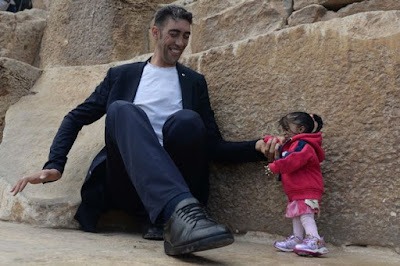 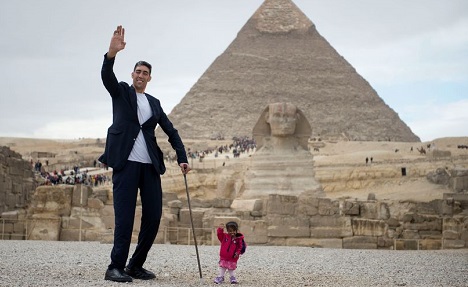 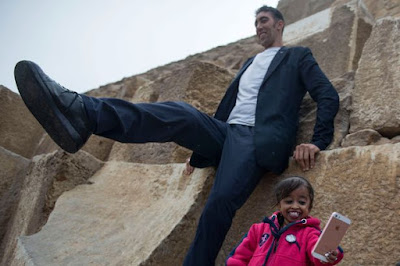 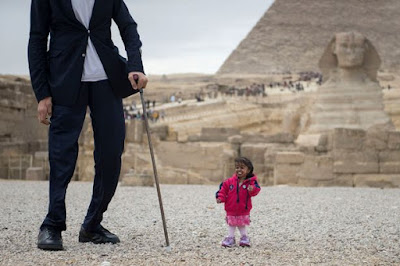 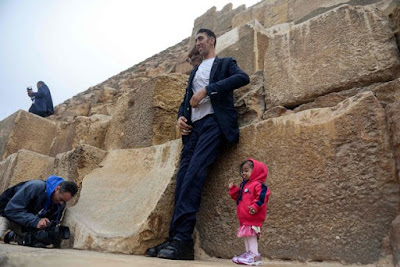 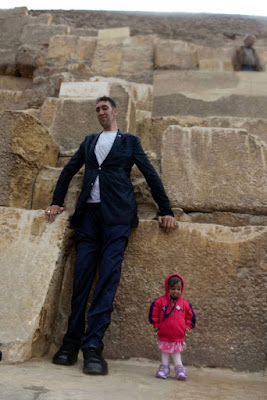 Russia 2018: Russians are being taught how to smile in welcoming tourists
Categories: News

Actress, Nse Ikpe-Etim will never be able to have a child
The First Blue Moon Total Eclipse For 150 Years To Take Place Later This Month
"Been battling depression for 7-years" – Mocheddah
Facebook to Improve Privacy With Auto-Expiring Messages