The moment a serial child rapist waylaid a 10-year-old girl on her way to church after which he kidnapped her and raped her was caught on a CCTV camera.

The incident occured on Sunday, January 14, 2018, in São Paulo’s East Zone, Brazil. The girl was on her way to the church when the man, who parked his car and was waiting by the corner, snatched her and forced her into his car. 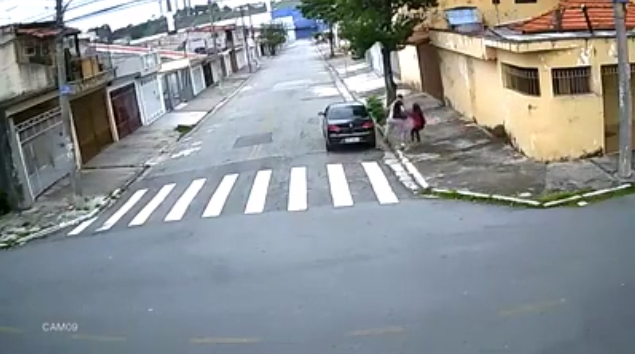 The car remained on the spot for a long time and didn’t drive away. During that period, the man reportedly coerced the child with threats into having sex with her inside the car.

The assailant has not yet been identified and is wanted by the police but he fits the description of a serial child rapist on the loose. The man has reportedly abducted and sexually assaulted over 30 young girls in the Sao Paolo area.