As some leaders are increasing their focus on issues solely within their own borders, Bill and Melinda Gates continue to show the importance of looking outward — and they’ve demonstrated this yet again by announcing they will settle Nigeria’s $76 million debt to Japan.

Nigeria’s debt to Japan is the result of Overseas Development Assistance (ODA) provided by the Japanese government in 2014 for increased polio eradication efforts.

The country has made great strides in its efforts to eliminate the disease thanks to this funding.

Nigeria did not record a wild case of polio from July 2014 to August 2016, when two cases were reported.

No new cases of the wild poliovirus were reported in 2017 and there were only four cases reported in 2016, according to the Global Polio Eradication Initiative. 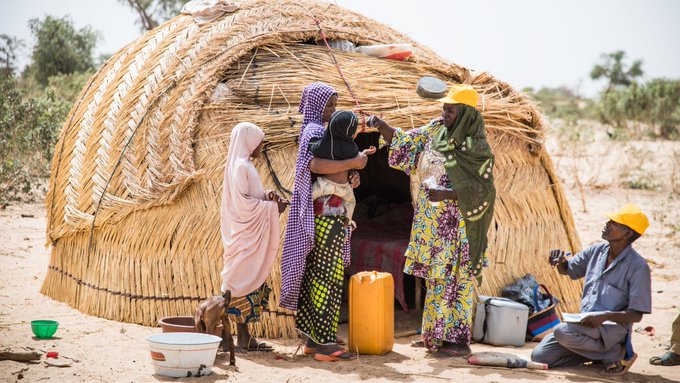 All of this means that Nigeria is very close to eradicating polio, which would leave just two countries in the world where the disease is still endemic, Pakistan and Afghanistan. Global Citizen campaigns to eradicate polio and ensure all individuals have access to good healthcare. You can take action here.

As the largest private philanthropic organization in the world, the Bill and Melinda Gates Foundation spends just over $3 billion a year on development assistance, according to The Guardian.

Eradicating polio is one of the Bill and Melinda Gates Foundation’s top priorities. In fact, at the last annual Rotary International Convention in Atlanta, the Gates Foundation announced it would match two-to-one Rotary’s commitment to raise $50 million a year over the next three years, which would result in $450 million towards polio eradication efforts. 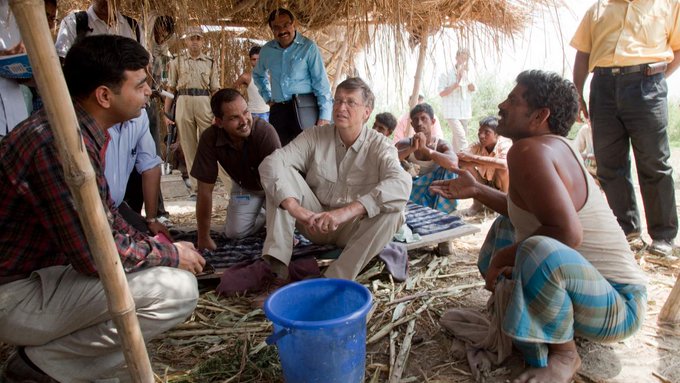 “Some people, especially these days, think the world is getting worse,” Gates said at the convention  last June. “The progress on polio is a reminder of what people can accomplish when they are bold, determined, and willing to work together.”

While the Gates family is notoriously generous and forward-thinking when it comes to supporting the accomplishment of the United Nations Sustainable Development Goals, Bill Gates has said that organizations like his foundation are not prepared to fill the gaps that could result from foreign aid cuts like those proposed by US President Donald Trump.

“Helping other countries fight poverty and disease makes the world more stable, and it makes Americans and people everywhere safer. Foreign aid delivers a fantastic return on investment,” Gates said at the convention.

Polio eradication efforts have not only helped eliminate the disease in most countries, but they have led to better health systems and improved responses to other global health crises like ebola and Zika.

Nigeria’s Minister of Finance Kemi Adeosun announced the debt repayment on Tuesday in Abuja when she met with Japanese House of Councillors Parliamentarians.

The repayment was set to begin four years after Japan’s loan in 2014, which is what has now sparked the repayment.

Photos: Husband And Wife’s Bodies Are Found Perfectly Preserved In A Swiss Glacier After They Vanished 75 Years Ago
Categories: News