A megachurch pastor confessed this past Sunday at Highpoint Church in Memphis, Tennessee that he had a “sexual incident” with a high school senior in church some years back.

42-year-old Andy Savage, who is now married with five sons, said the incident with 17-year-old Jules Woodson happened years back when he was a youth minister at a Houston church. Savage’s confession came after Jules exposed him following the #MeToo campaign which has seen women expose sexual predators.

Andy Savage confessed: “As a college student on staff at a church in Texas more than 20 years ago, I regretfully had a sexual incident with a female high school senior in the church.”

After his confession, he asked for forgiveness and this got him a raucous applause and a standing ovation from the congregation. 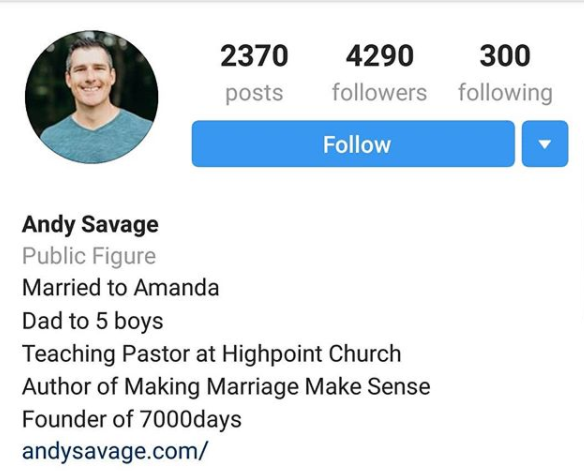 Jules Woodson was 17 years old when she says she was sexually assaulted by Savage during a ride home from church in 1998. Woodson says Savage was supposed to be taking her home from the church after school when he instead drove her to a wooded area. She says he asked her to unbutton her shirt and to perform oral sex on him. Woodson says she was embarrassed but cooperated because she thought Savage loved her. Woodson said that after he assaulted her, he got down on his knees and apologized that same night, but told her to keep the incident a secret and take it to her grave. At the time, Savage was a 22-year-old youth minister at a Houston church. 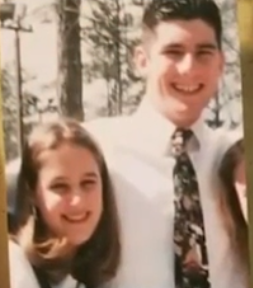 Savage and Woodson years back

She said after the sexual assault, she reported to Larry Cotton, the church’s associate pastor, who told her to keep quiet. She says Savage left the church weeks later. Woodson went public about her story on a Christian blog on Jan 5, 2018.

Woodson wrote on Watch Keep: “After what I believe to have been about 5 minutes of this going on, he suddenly stopped, got out of the truck and ran around the back and to my side before falling to his knees. I quickly buttoned my shirt back up and got out of the truck. Now I was terrified and ashamed.

“I remember him pleading, while he was on his knees with his hands up on his head, ‘Oh my god, oh my god. What have I done? Oh my god, I’m so sorry. You can’t tell anyone Jules, please. You have to take this to the grave with you,'” she added.

Woodson explained why she agreed to the sexual encounter: “I did it because I was scared and I was in shock and I didn’t understand what was happening.”

In the wake of the “Me Too” movement, Woodson felt the need to speak up, so she sent Savage an email last month. He didn’t respond until Monday, and she said he apologized.

Chris Conlee, who is the lead pastor of the Memphis church where Savage now ministers, as well as the church leadership say they knew about the encounter in Texas and expressed support for Savage. They also prayed for Savage and Woodson.

Flood Displaces About 452 In Bauchi State

“It saddens us that Ms. Woodson has not been on the same road to healing,” Conlee said. 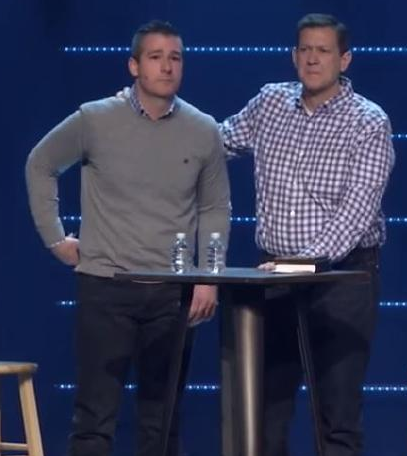 Savage and Chris Conlee immediately after the confession

Chris Conlee told the congregation that he supported Savage, who he said was one of the people “hurt by the ripple effect of the consequences of that sin.”

Savage also posted a statement on the church’s website.

“I apologised and sought forgiveness from her, her parents, her discipleship group, the church staff, and the church leadership, who informed the congregation. In agreement with wise counsel, I took every step to respond in a biblical way,” he said.

“I resigned from ministry and moved back home to Memphis. I accepted full responsibility for my actions. I was and remain very remorseful for the incident and deeply regret the pain I caused her and her family, as well as the pain I caused the church and God’s Kingdom.”

In tears, Woodson said she was stunned to watch Savage’s address to the congregation on video posted to YouTube.

“It’s disgusting,” she said in tears, adding: “An apology does not change the fact that what happened to me was against the law and that it was wrong.”

On Tuesday, the church issued a statement saying only that “there will be additional information from Andy and the church soon.”

Watch his apology below.

Steve Harvey is being sued for kidnapping, torture and murder
Categories: News