Tennis champion and new mom, Serena Williams, has withdrawn from the Australian Open … saying she’s not quite ready to compete on a tournament level after just giving birth on September 1, 2017 to her beautiful daughter. 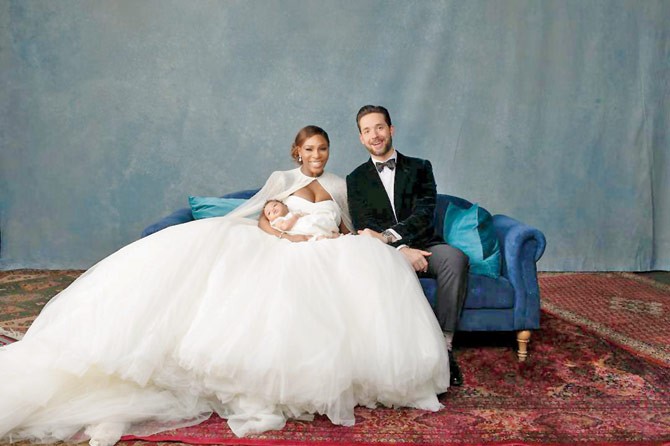 In her post-match comments she said:

“I don’t think I am going to rate my performance. I have plenty of comebacks, from injuries, from surgeries, but I’ve never had a comeback after actually giving birth to a human being. So, in my eyes, I feel it was a wonderful, wonderful match for me.”

”I don’t know if I am totally ready to come back on the tour yet. I know that when I come back I definitely want to be competing for championships,” Williams said. “I am definitely looking forward to getting back out there. I am taking it one day at a time. I am going to assess everything with my team before deciding.”

She confirmed that she would be staying home from the tournament in a Snapchat post on Thursday, saying, “I’m not where I personally want to be” and that she is “disappointed” to have to make this announcement.

“After performing in my first match after giving birth I realized that although I am super close I’m not where I personally want to be.”

“My coach and team always said ‘Only go to tournaments when you are prepared to go all the way.'” 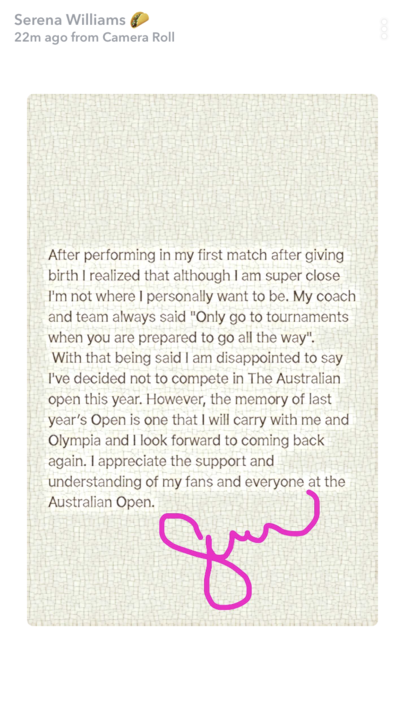 As for the Australian Open, she says she looks forward to coming back and competing another time.

Texas plane crash kills all 10 people on board including family of 4
LeBron James goes into boxing
"Investing In A Child With Sickle Cells Is A Waste"-Prof Of Genetics
Trump: US-Russia Relations Are At ‘Dangerous Low’