A Manhattan judge slammed the misogynist sicko who forced his girlfriend to march outside naked with the maximum sentence Wednesday — sending him to prison for as many as seven years.

Jasson Melo, 26, faced time for coercion, a felony, for making the 22-year-old mother of his child undress and walk around his Harlem block. This followed hours of verbal and physical abuse inside his apartment, according to evidence submitted at his trial in Manhattan Supreme Court.

The Daily News reports that ,”Jasson Melo’s view of women belongs to the Dark Ages,” Justice Robert Mandelbaum said before sentencing the former United Nations chef to 2 1/3 to 7 years in prison.

“To him, women are property.”

Melo filmed the deranged shaming stunt, in which he can be heard scolding her in Spanish and calling her a “whore.”

He later promoted the video on Instagram and tried to sell merchandise with quotes from the twisted footage.

He even recreated the January 2016 walk for a music video and joked about the victim’s humiliation in social media posts.

Melo sent the clip to her relatives and men he believed she’d been flirting with. 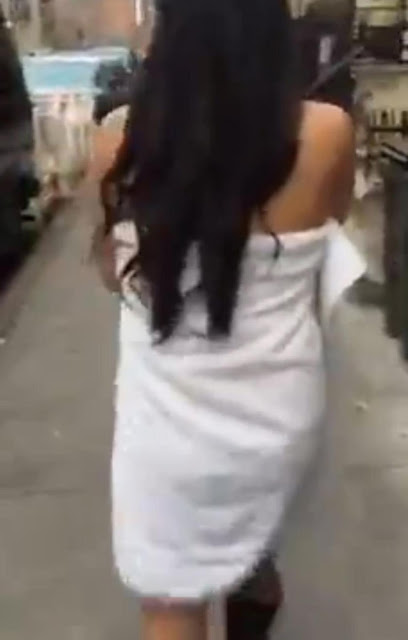 She has said they were in the process of splitting up, and she was moving without him to the Dominican Republic.

Their 2-month-old was left unattended on Melo’s bed at his W. 142nd St. building as he threatened to beat her with a metal Buddha statue if she refused to go outside in the nude.

The video went viral and became the subject of a widely covered news story when Melo was arrested.