A 32-year-old Vietnamese woman, Hoang Thi Hong Diem has admitted to have snatched a knife from her husband and chopped his head off after being threatened by him during an argument. 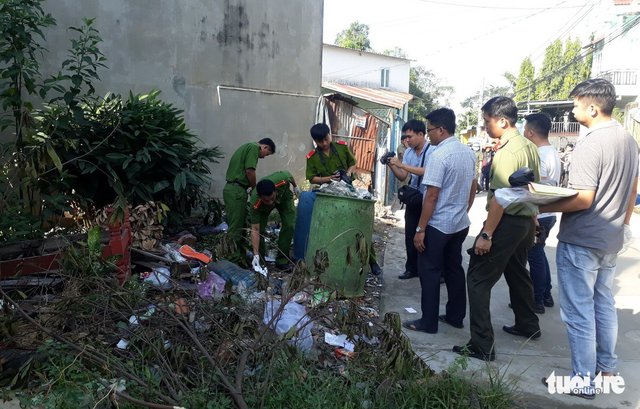 His head, which was wrapped in a black plastic bag inside a backpack, was found by a garbage collector in Binh Duong. Several deep lacerations were also evident.

After being notified of the horrific find, relevant authorities arrived at the scene to begin investigating a murder.

By Sunday evening, officers had discovered a number of plastic bags containing human body parts inside a one kilometer radius from where the head was first discovered.

Colonel Tran Van Chinh, deputy director of the Department of Police in Binh Duong Province, confirmed on Monday morning that apprehended and is assisting the investigation into her husband’s death.

“Initial information reveals that the incident may have arisen from a conflict between a married couple,” Col. Chinh said.

“We are continuing the investigation to confirm if there were other accomplices involved.”

We Can Not Stop Collecting Bribe In Anambra – Police

According to Diem’s statement, Tu returned to their tenanted house in Thuan An Commune, Binh Duong, on Friday night after drinking with friends.

An argument then broke out between the couple, during which Tu threatened to slash Diem with a knife, the woman recalled.

She then snatched the weapon from Tu, before chopping his head off with it. Fearing that she would get caught, Diem used the same knife to cut her husband’s body into pieces, wrapped each part in black plastic bags, and then dropped them off at multiple locations.

Diem then returned to her normal schedule before being arrested on Sunday.
She admitted to the crime on Monday morning, but was unable to remember the exact locations she had dumped the body parts.
Officers are still looking for the remainder of Tu’s corpse.

According to family members, Diem and Tu had been renting a home in the southern province for nearly a decade.

They are both workers at the same company.
The couple has a 14-year-old daughter and seven-year-old son, who are both living with their grandparents in the Mekong Delta.

Tu was said to be a sociable man who often talked to his neighbors, while his wife is described as more reserved. Arguments rarely happened in the family, according to locals.

Kanye West to start his own Church after 50,000 attendance during Coachella
Categories: News