The couple involved in the fraud case is identified as Terry Wayne Millender, 53, a former senior pastor of Victorious Life Church in Alexandria, and his wife, Brenda Millender, 57.

According to the United States Attorney’s office for the Eastern District of Virginia, they were convicted on Monday by a federal jury of a $2 million fraud scheme.

Court records and evidence presented at the trial revealed that they were founding members of Micro-Enterprise Management Group, a Virginia company that said it was helping poor people in developing countries through providing small, short-term loans to start or expand existing businesses by working with a network of established micro-finance institutions.

The couple faces a maximum penalty of 20 years in prison when they’re sentenced on March 30. 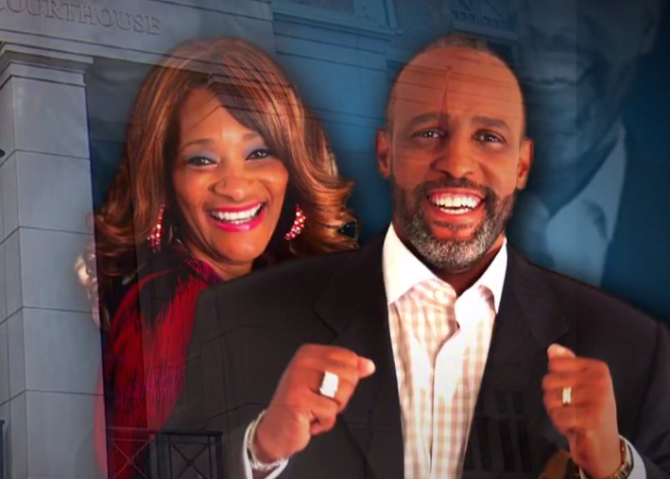 Yakubu Dogara talks about leaders use of political witchcraft

The jury found the Millenders’ representation of the company to be false and fraudulent. Instead of their alleged mission, the couple was using the money to take part in risky trading on the foreign exchange currency market, options trading, payments to the purchase of a $1.75 million residence and other personal expenses.

The Millenders concealed how they were using their investors’ money by telling those who had given money that they would get their investment back and blamed delays in repaying investors, in part, on the 2008 financial crisis.

Following the failure of MEMG, the Millenders created another company called Kingdom Commodities Unlimited, which alleged to broker Nigerian oil deals. The couple entered into loan agreements with several investors, with investments totaling $600,000. The Millenders made similar promises to KCU investors that they made to MEMG investors, telling them that they would receive high rates of return and short term loans.

The Millenders, in turn, used KCU money to pay for rent and golf trips, a birthday party and other personal expenses.

A co-conspirator to the couple, Grenetta Wells, 56, chief operating officer at MEMG, pleaded guilty to conspiracy to commit wire fraud and will be sentenced on Jan. 12.