Two brave veterinarians treated an injured huntsman spider after the giant animal was found stuck to a sticky-paper mousetrap.

The animal docs were especially called after a homeowner found the huntsman spider – or heteropoda venatoria – trapped on the flypaper-like substance while trying to catch a cockroach.
The homeowner, who had set up the sticky board to catch mice and rats, brought the entire trap to the rescue centre and the vets began working on freeing the spider . 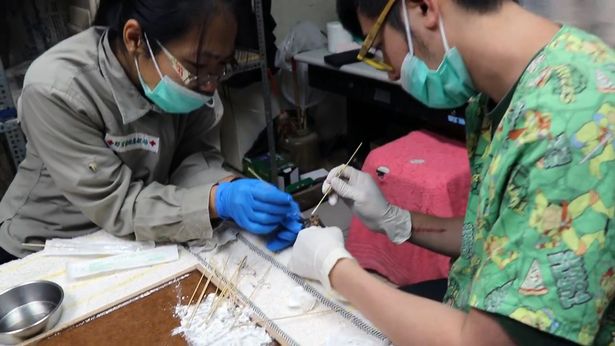 They used flour and vegetable oil to free it, very carefully pulling off each of its limbs so as not to injure it any further.

According to Daily Mirror,footage from the rescue shows the vet and his assistant then using more oil to clean the arachnid’s body. They also cleaned the sticky substance off each of its “feet”.

Meghan Markle has a look-alike and here she is 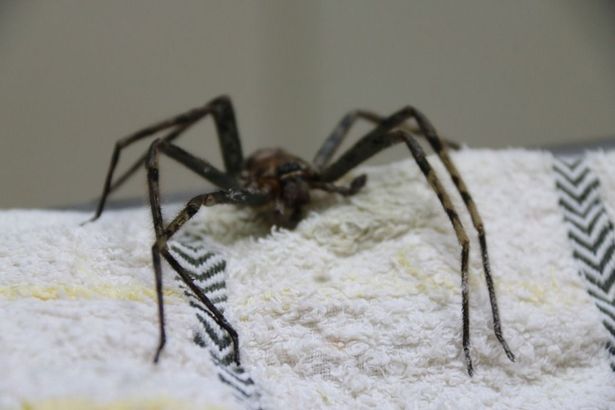 The spider, which experts identified as a fully mature male, appeared to realise it was being saved because it sat completely still while being cleaned, the vets said.

The huntsman was released back into the wild, from the Jiji Township Endemic Species Research Institute in Central Taiwan’s Nantou County, immediately afterwards.