Bernstein had graced the pages of Vogue and Harper’s Bazaar during her fashion heyday, but she was approaching her mid-30s by then and eager to promote her music career with a cool collaboration.

After initial discussions ,the lensman known for his soft-porn aesthetic and ultra-bright flash quickly turned dark, she told the Daily News.

Bernstein said she was comfortable with nudity and willingly agreed to pose topless for him.

She recalls being told Richardson wanted her to portray a fragrance called “Sex” for an editorial layout in V magazine. Someone handed her a single pair of white panties, and she changed in a bathroom, she said.

“I thought it was going to be a test shoot. There was no hair and makeup,” Bernstein recalled.

He took some photos, positioned her in a chair, took more photos, exposed his penis and forced himself into her mouth, she recalled.

“It was like literally being shot with a stun gun. My brain just went on pause,” Bernstein, 47, said. “I wasn’t doing anything. I wasn’t performing as a model.” 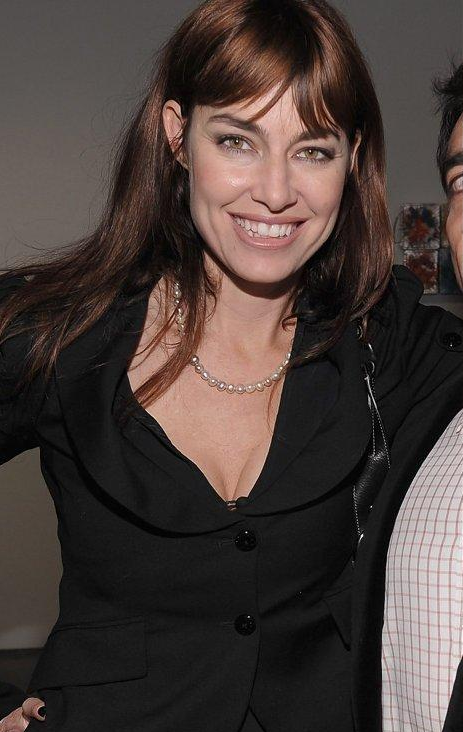 She can’t remember if the alleged attack took seconds or minutes, she said.

“I was like a deer in the headlights,” she said. “I wasn’t drugged, I wasn’t handcuffed. Thank God that never happened. But in a weird way, that would have made it easier to forgive myself for not fighting him off.”

Richardson ejaculated on her chest and continued to take more photos, she said.

The News reviewed more than 30 negatives from the shoot and several prints. Images apparently snapped in succession showed Bernstein in different positions with semen on her breasts. Her face was cropped out of those prints.

She said after the alleged attack, she grabbed her belongings, sprinted down the staircase crying and ran to a friend’s nearby boutique.

“It was terrible. She told me t ole thing,” the pal, who asked not to be identified, told The News. “She was extremely distraught.”

“Ms. Bernstein knowingly and willingly posed for these photographs and at all times prior to and during the shoot, any contact she had with Mr. Richardson was consensual,” his lawyer Brad D. Rose told The News.

Following several allegations in the past,many brands and magazines cut ties with Richardson over the years, but he still managed to land big jobs, including the August 2017 cover of Vogue China with “Game of Thrones” star Emilia Clarke.

Man murders girlfriend for opening a bottle of liquor without his permission
Man Impregnates His Best Friend’s Wife
12 Signs She’s A High-Quality Woman
Very Juicy Reasons/Details! 5 Major Reasons Why Nigerian Ladies Do Not Wear Panties –A MUST READ!!!!