A Chinese daredevil died after falling from a 62-story building in Changsha in November.

Wu Yongning built up a social media following on Weibo with his videos showing him on top of buildings without any safety equipment, according to the BBC.

Yongning stopped posting in November and fans feared something happened to the climber. His girlfriend confirmed in a social media post that the 26-year-old died on Nov. 8.

How men express their feelings when in-love 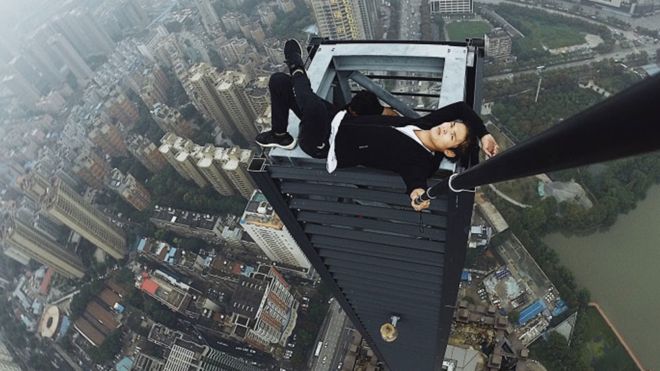 A family member said he was participating in a “rooftopping” challenge worth 100,000 yuan ($15,000 USD) in prize money, according to the South China Morning Post.

Yongning’s step-uncle Feng Shengliang said the daredevil risked his life for the cash so he could marry his girlfriend and take care of his mother.

Ireland: Baby delivered on board a train gets free travel for 25 years
Categories: News

Red Cross Pleads With Nigerian Government As Another Female Nurse Has Less Than 24 Hours To Live
Fire destroys Brazil’s national museum
Up And Coming Artiste Accuse 2baba Of Song Theft
Man Tries To Carjack 3 Football Players, Gets Beaten Up Instead