close menu
One woman who identifies herself as ‘objectum sexual’ is now engaged to a chandelier.

Amanda Liberty has discovered the light of her life in the shape of a chandelier she bought on eBay last year. And she claims it was love at first light.

The 33-year-old from Leeds identifies herself as ‘objectum sexual’, which means she is attracted to objects.

She bought the chandelier from an eBay seller in Germany for £400 last year, and has named it Lumière after the candelabra character from Disney movie Beauty and the Beast.

She regularly gives the chandelier hugs and kisses, and proposed on Valentine’s Day – even giving Lumière an engagement ring. 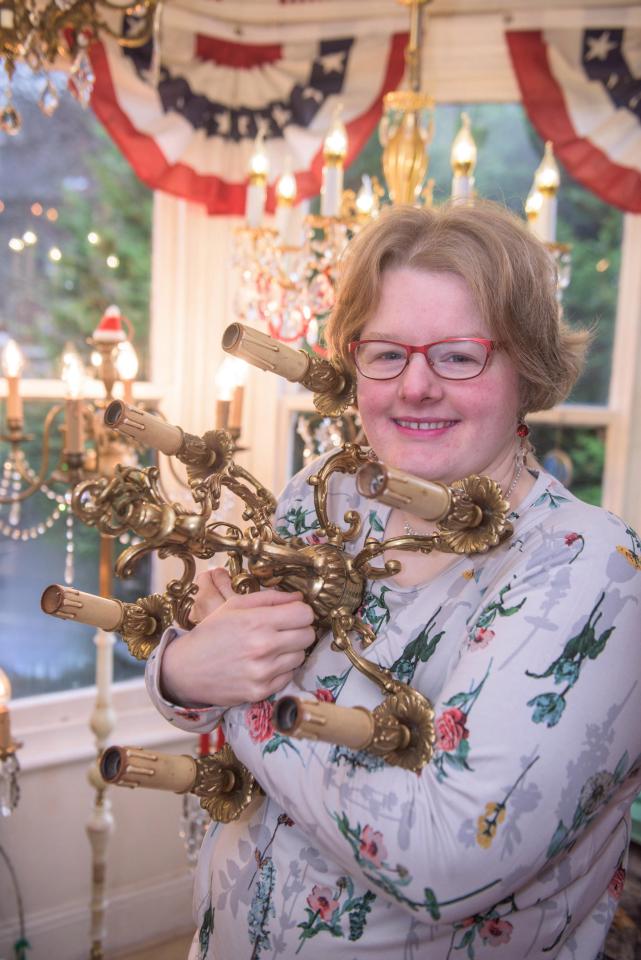 “Last Valentine’s Day ,I proposed to her, to signify our long-lasting love,” said Ms Liberty.
“I hope at some point we will have a commitment ceremony. I haven’t been engaged before, so it’s very new and exciting!”

However, Lumière isn’t the only chandelier in Ms Liberty’s life. She goes to bed with another chandelier called Jewel, which is smaller and thinner. In fact, she says she is in a relationship with 25 different chandeliers. 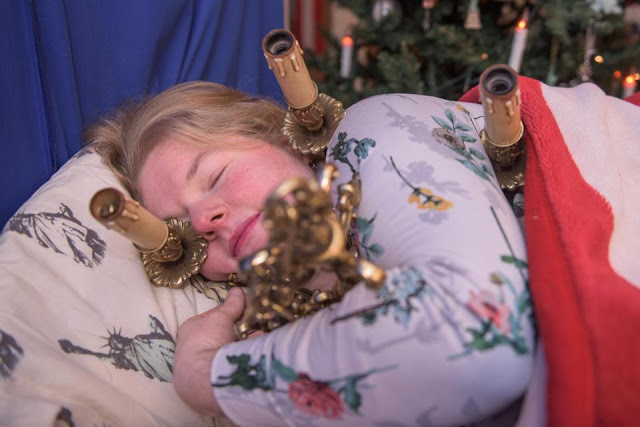 ‘None of my chandeliers are jealous of each other,’ she said.
“They understand that I love them all for their different personalities. For example, I love kissing and cuddling Lumière, but I sleep with Jewel every night as she is portable and very nice to cuddle.”

Ms Liberty says she fell in love with the Statue of Liberty on a trip to New York when she was 17, and changed her surname ‘Liberty’ by deed poll in 2010 as a result.

She first realised she was attracted to objects when she fell in love with a drum kit at the age of 14. But her current crush is chandeliers. 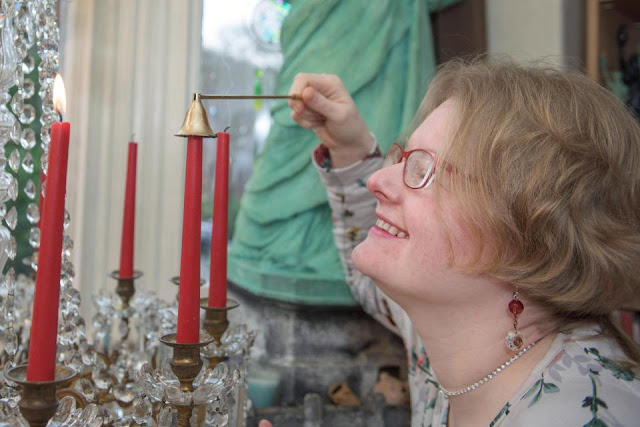 “I’ve always loved the look of chandeliers and when I saw my first chandelier, Luna, it was love at first sight,” she said.

“You can’t control who you fall in love with and things just went from there. I want others to see how happy the chandeliers make me, and how much they’ve enriched my life.

“I’m not hurting anyone by entering into a relationship with them. I am simply just following my heart.”

Oprah Winfrey Becomes One Of The World's 500 Richest People
Obama Sealed Iran Nuclear Deal By Dropping Charges Against Arms Smuggler Who Helped Kill Hundred Of U.S
"Investing In A Child With Sickle Cells Is A Waste"-Prof Of Genetics
"Busola Dakolo Is Not Telling Nigerians The Truth" – Steph-Nora Okere Reacts