The horrifying moment a Florida sheriff’s deputy confronted his ex-girlfriend and shot her with a service pistol before committing suicide,was captured on  camera.

Three weeks after they broke up, Deputy Michael DeMarco waited in his patrol car outside a Boynton Beach condominium complex on Oct. 12 to confront Yuly Solano,  the Palm Beach Post reported .

In the shocking video footage released by Boynton Beach police on Friday, DeMarco can be seen climbing out of the car before the two walk side by side out of the frame.

When they reappear, Solano can be seen backing away and holding her hand to her face in apparent fear while DeMarco raises the gun and points it at her.

Moments before he opened fire, DeMarco said, “You treat me worse than a dog,” according to the documents.

DeMarco shot Solano several times before he fired the gun in his chest and head. 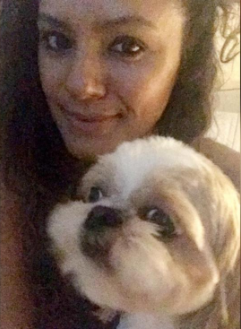 Police arrived to find DeMarco dead on the asphalt, while Solano lay four feet away “screaming in pain and fear,” the documents reveal.

She was rushed to the hospital, where she remains in the intensive care unit.