An Iranian woman has had at least 50 surgeries to look exactly like her idol, Angelina Jolie. Sahar Tabar, 19, says she is one of Angelina Jolie’s biggest fans and “would do anything” to look like the Hollywood actress. But instead of looking like her, people are saying she looks like a ghost bride. 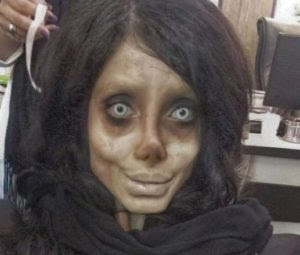 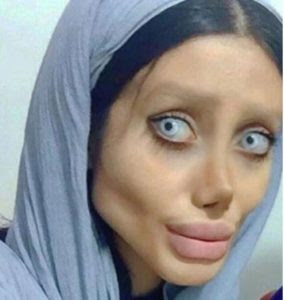 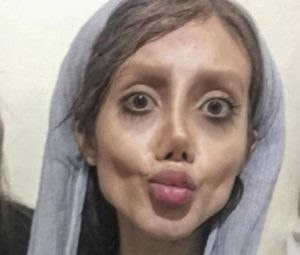 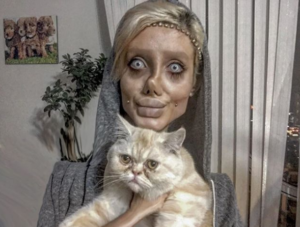 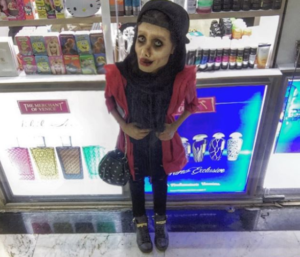 "She does not believe I am a real star" – Michelle Obama says about her mum
Categories: News

Here Is A List Of RULES For Guests If They Must See Mom-To-Be’s Baby
This Is How Nigeria’s 58th Independence Day Will Be Celebrated
Neymar Faces Six Years In Prison!
Wizkid Allegedly Raked In 72 million Naira From Spotify Alone