Football star Samuel Eto’o has denied claims that he personally donated money or purchased plane tickets for Cameroonian migrants so they could return home.

People on social media are sharing photos appearing to show migrants returning home from Libya after being released from slavery. 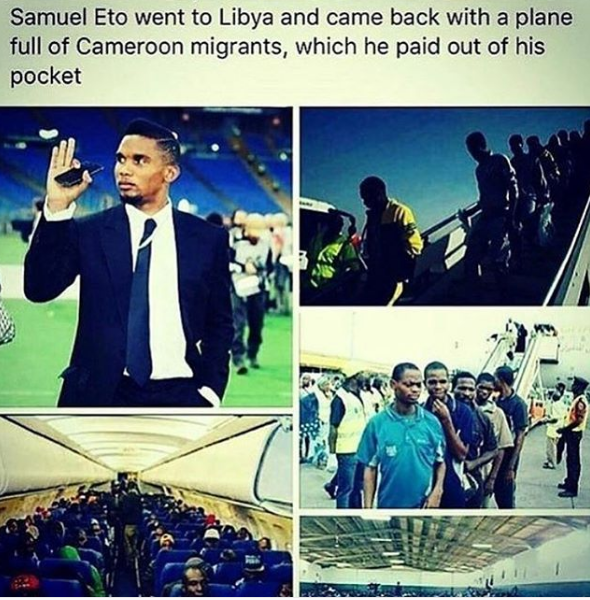 However, the top image dates back at least a year and shows migrants leaving Libya for Burkina Faso,BBC reports.

How to Choose the Best Mortgage Insurance Loan

He urged his followers to act to prevent the terrible plight of migrants rather than react to it, adding that “among the victims will be people who we’ve lived alongside at some point”.

Nicki Minaj’s brother faces 25 years to life in jail
The end of godfatherism in Lagos politics – Governor El-Rufai share tips
“When A Man Calls You A Whore, Call His Mother A Whore Too!” – Anita Joseph
Police Arrest Seven For Assassination Attempt On Dino Melaye