Sharks attacked migrants who fell from overcrowded boats in the Mediterranean.

The Libyan Navy said 31 people were dead and another 40 missing when it arrived at the scene of two upturned boats that were headed for Europe.

Many of the bodies had bite marks from deadly blue sharks with some of the killer fish spotted nearby, the navy said on its Facebook page.

Three children and 18 women were among the dead.

The post read: “We found dozens of bodies floating in the water and two small boats with hundreds of people crowded on board and others holding on or trying to climb aboard to escape from the sharks.”

Human trafficking in Mali: Nigerian girls are forced to sleep with men without protection 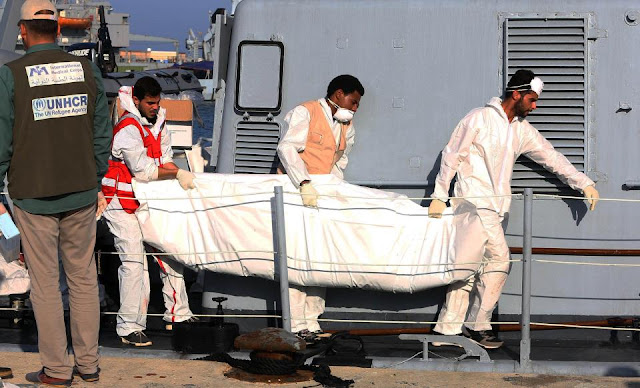 “There were lots of bodies all around and we saw there were four or five sharks swimming among them, large blue sharks, a very aggressive species.
“When we brought the bodies on board we noticed that some of them had been bitten, so it’s possible that among the missing some may have been eaten.”

The stranded migrants were found 40 miles off the coast of North Africa and were believed to be heading for southern Italy or Malta.

Former friend of COZA pastor, recounts her experience with him
Categories: News