Jude Okoye, former manager and brother to Peter and Paul Okoye of the Psquare group, have finally addressed the issue between his brothers.

Reacting to a fan’s comment on his page, the father of two is quoted as saying; ‘You can take a horse to the river, but you can’t force it to drink water’. 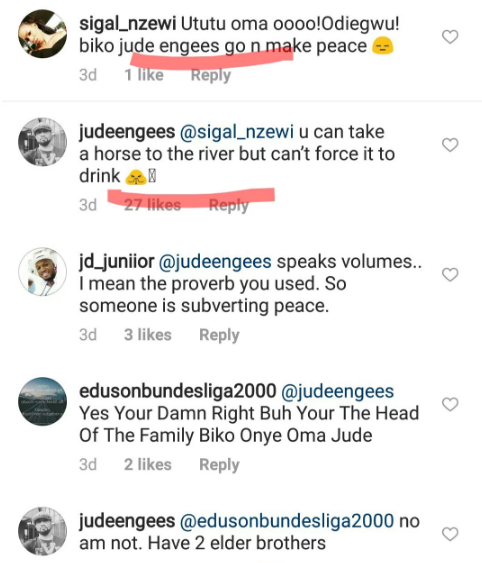 Peter and Paul Okoye recently ended their working relationships as both have now gone on to launch solo careers.