Zimbabwe’s President Robert Mugabe has resigned after 37 years of autocratic rule, finally succumbing to the pressure of a military takeover and the humiliation of impeachment.

The announcement came minutes into a joint session of the Zimbabwean Parliament in Harare, convened to prise the 93-year-old from power.

As the Speaker read out a letter from Mugabe, lawmakers broke out in thunderous applause and cheers.

In the streets outside, crowds erupted in rapturous celebrations, dancing and cheering in joy, some raising their fists and waving Zimbabwean flags.

“We think that this is the work of God,” one young man told CNN in Harare. “We were in crisis for a long time, and this is a new day for Zimbabweans.”

In his letter, Mugabe insisted that his resignation was voluntary. “I have resigned to allow smooth transfer of power,” he wrote. “Kindly give public notice of my decision as soon as possible.” 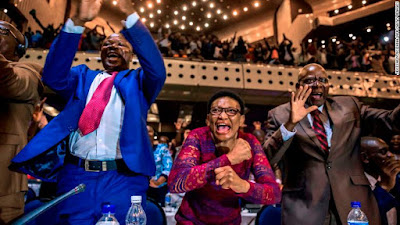 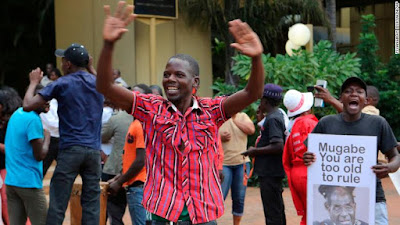