The news coming out of the Bellos house is nothing near palatable according to the gist in town, Bilyamin Muhammed Bello, the son of a former PDP chairman, Haliru Bello, was on Saturday stabbed to death by his wife,  Maryam Sanda, the daughter of former Aso Savings boss at their Maitama, Abuja residence.

According to reports, Maryam stabbed Bilyamin three times at his back and severally on his private part. She was said to have read love messages from another woman  on Bilyamin’s phone which made her angry. She later rushed him to the hospital, but he was pronounced dead on arrival. More photos of the couple who got married in 2015 below. The marriage produced a child. 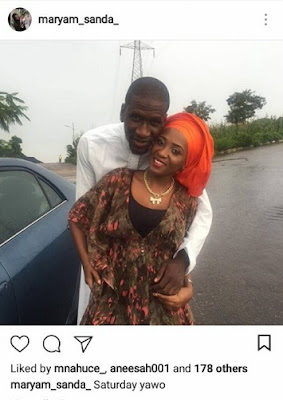 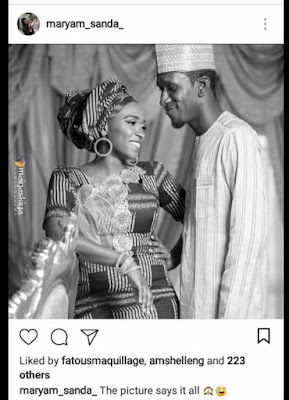 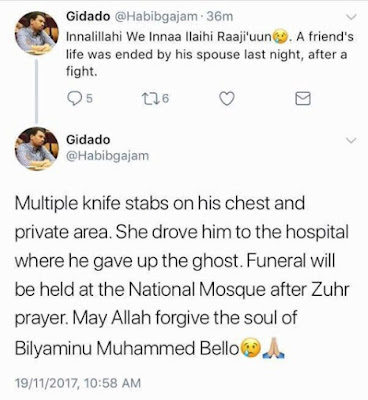 Japanese monkeys are learning to have sex with deer in new ‘behavioural tradition’ (Video)
Categories: News