Zimbabwe President Robert Mugabe and his wife have been ‘taken into custody’ during an overnight attempted coup – after the army seized control of the capital’s streets and TV stations.

Reports that he has been removed from power – with speculation online he is ‘under house arrest’ – suggest that finally there’s an end in sight to the tyrant’s bloody 37-year reign, Mirror.co.uk reports.

The army confirmed this morning that the “first family” had been detained in what many international observers believe to be a military coup – amid rumours that the vice-president Mugabe sacked last week has returned to seize control ‘for the sanity of the nation’.

Other security forces are being urged to “co-operate for the good of our country” with the army which has warned that “any provocation will be met with an appropriate response”.

South Africa President Zuma said shortly before 10.30am UK time that he had spoken to Mugabe earlier today “who indicated that he was confined to his home but said that he was fine”.

There are unconfirmed reports that cabinet ministers and other prominent figures have either been arrested or are “on the run”. 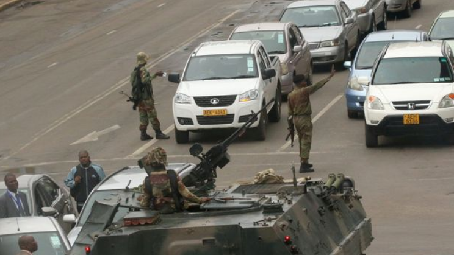 This is what Instagram Is Doing To Fake Followers, Likes, and Comments
Categories: News