In what is being hailed as a giant step in the battle for marriage equality, Australians have voted overwhelmingly in favor of same sex marriage. 12.7million Australians participated in the vote which was conducted by postal service with an overwhelming 61% voting in favor of gay marriage and 38% voting against.

Celebrations broke out across the country as the result of the survey which took two months was announced by the Australian Bureau of Statistics. 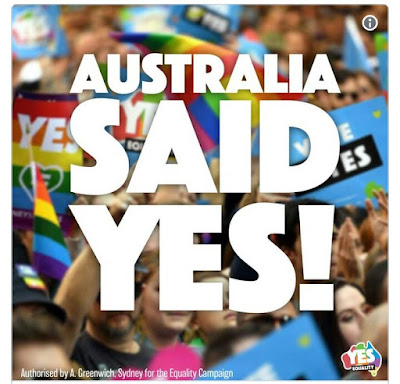 Speaking after the result, Australia Prime Minister Malcolm Turnbull said it had been an “overwhelming” response in favor of “yes” and called for same-sex marriage to be legalized before Christmas.

"I Was Addicted To S*x, Thinking It Could Fix Everything" - Jada Pinkett Smith
Categories: News