Henry Badenhorst, the millionaire co-founder of Gaydar, the world’s biggest online gay dating site, has reportedly died at the age of 51.

According to BuzzFeed News, the 51-year-old South African died on 11th of November 2017. He crashed through a glass canopy and landed on a waiting limousine after falling from a 23rd floor in Michelangelo Towers hotel, Johannesburg.

Henry had rented the apartment for just one night before his sad death.

Mail online reports that that Police said they are not treating the fall as suspicious, and friends have told Buzzfeed that Mr. Badenorst was suffering from depression.

Captain Kay Makhubele told MailOnline: ‘Police searched the apartment rented by the deceased and no suicide note was found. The motive behind the incident is unknown and the police are investigating. 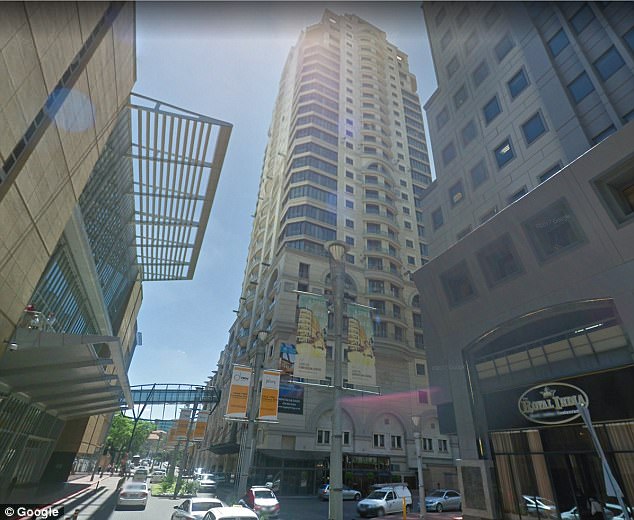 An eyewitness Khuthali Zondo was walking past the luxury Michelangelo Towers when she saw the ‘horrific image’ of the 51-year-old’s body smashing onto the back window of a car as the chauffeur sat at the wheel.

‘I heard this loud crashing sound, it was his body hitting the glass shade above the area where the cars were waiting and then the body hit the car, smashing the back window.

‘It was an horrific image, there was broken glass, blood, and the body was smashed. The emergency services and police came and taped off the area, but there was nothing they could do for the guy.’

Photo: Businessman, his servant sentenced to death for brutal rape of housemaid

Badenhorst founded Gaydar alongside his business and life partner  Gary Frisch, 51,  in November 1999. Frisch passed away in 2007 – having also fallen to his death from a building’s balcony in south London.

The pair died at the age of 51 respectively, and many people are now speculating that Badenhorst’s death could be a planned suicide.

According to reports, the London-based South African couple came up with the idea for the dating website after a single gay man they were friends with vented his frustrations about how hard it was to find a boyfriend on online dating sites.

In a statement by the current managing director of Gaydar, Rob Curtis, he said:

“It’s a sad day at Gaydar HQ as we adjust to the news of Henry’s passing,” he told The Independent. “Henry and Gary built Gaydar from their home, so the company has always been like a family. Thanks to Henry, LGBT people all around the world realised that they weren’t alone. We send love to his friends and family at this difficult time.”

“Eighteen years ago, Henry and his partner Gary revolutionised the way that gay men meet, and in doing so created a safer environment for LGBT people everywhere,” he said in an official statement. “The Gaydar team is shocked and saddened to hear of Henry’s passing and send our sincerest sympathies to Henry’s friends and family.” Oby Ezekwesili mocks President Buhari for reasons he gave for refusing to sack Ministers
“Herdsmen killed over 756 under Jonathan. Don’t blame Buhari” – Presidency
Tonto Dikeh warns 2face, Annie Idibia, IK Ogbonna and others to not beg her new man for money
10-Year-Old Girl Raped By Stepfather Forced To Go To Court To Plead For Abortion