Another calamity befell the US when more than 20 people were killed after a gunman walked into a church in a tiny rural community about 30 miles east of San Antonio yesterday.

The official, Paul W. Pfeil, a Wilson County, Tex., commissioner, said he did not have a total count of the number of dead in the shooting, which occurred at the First Baptist Church of Sutherland Springs, but he said it was “more than 20.”

Albert Gamez Jr., another Wilson County commissioner, told CNN that he was told by the police that the gunman was chased into the next county and was killed, but it was not clear whether the police shot him or he killed himself.

Mr. Gamez said he was told by an emergency medical technician that 27 people were dead and 24 others were injured.

He said the victims were still inside the church. Sutherland Springs is a small community where everyone knows one another, he said.

He added: “You never expect something like this. My heart is broken.”

The unincorporated community has a population that numbers in the low hundreds — the 2000 census was 362, according to the Texas State Historical Association. The preliminary death toll would amount to about 7 percent of the population.

The shooter has been identified as a 26-year-old US Air Force veteran and Bible study teacher.

Husband throws his wife off a balcony and she forgives him

Kelley, 26, of New Braunfels, a suburb of San Antonio, was killed after a brief foot chase into Guadalupe County, but it’s still unclear if the gunman shot himself or was taken down by authorities. 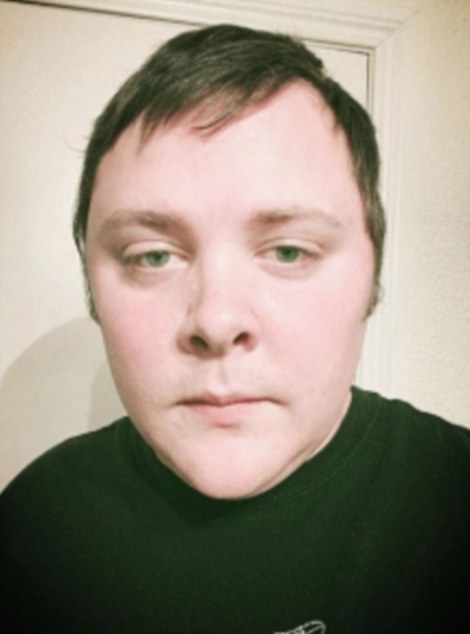 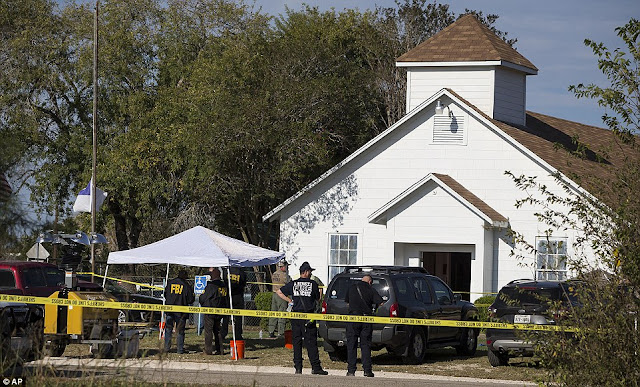 Kelley, 26, of New Braunfels, a suburb of San Antonio, fled in his SUV but the unnamed neighbor, and another local man, had given chase.,Daily Mail reports.

Eventually, Kelley lost control of his car and swerved off the road near county lines on the 539 county road, in Guadalupe County, and was reportedly shot dead by the neighbor.
He was found deceased by the cops who also discovered multiple weapons and possible explosives in his vehicle.

‘We are not sure if it was self inflicted or if he was shot by a local resident,’ said Texas Department of Public Safety Regional Director Freeman Martin.

San Antonio police raided Kelley’s home on Sunday evening, with K9 and bomb squad units. Kelley, who was married, had recently posted a photo of an AR-15 style gun on his Facebook page with the caption: ‘She’s a bad b***h . Church pastor Frank Pomeroy said that his 14-year-old daughter Annabelle (inset) is among the dead.