close menu
The Senator representing Kogi West, Dino Melaye, once again escaped another attack, on Saturday, during Kabba Day Celebration when some hoodlums attacked him with stones, pure water sachets and other dangerous objects, including charms.

Governor Yahaya Bello, who was already at Kabba for the occasion, refused to show up at the venue following a security report of the incident.

It was quick intervention of security personnel at the venue that saved the situation.The advanced party of the governor and government appointees were already at the venue before the attack on Sen. Melaye.

Sen. Melaye was specially invited by the organisers to honour the Kabba Day celebration when the attack took place.

It all started when the Masters of the Ceremony called on the senator to present his speech and make a donation before the arrival of the governor, to the venue which was at the township stadium.

Following the articulated speech and subsequent donation of N3 million cash at the venue and while Sen. Melaye was stepping out of the podium and walking to towards his Mercedes Sport Utility Vehicle (SUV), that some hoodlums attacked him by throwing stones, pure water sachets and other dangerous weapons including charms on him.

Sen. Melaye, however, escaped unhurt with the prompt intervention of security personnel at the venue.

Some of the thugs were arrested and whisked away in Prison vehicle with registration number PS 300A 0/1.

Serena Williams’ 75 year old dad files for divorce from his wife,38,accuses her of theft 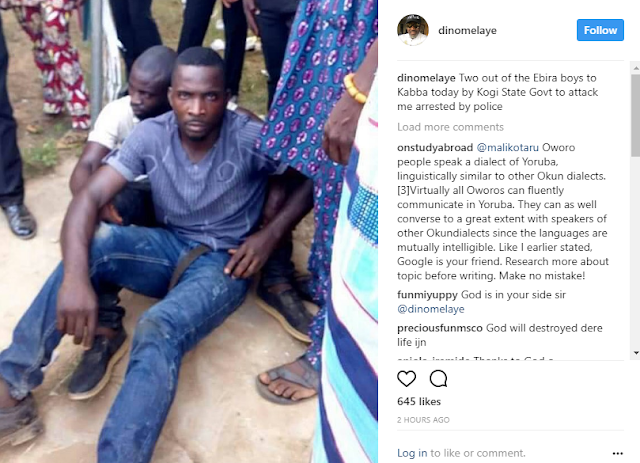 The security men had to use tear gas to bring the situation under control.

Meanwhile, all the security apparatus of the state governor led by his ADC and the Chief Details were at the venue ahead of Governor Bello who was expected to grace the occasion.

It was, however, gathered that when security report got to the governor who was already at the Golden Grand Royal Hotel, at Kabba, he decided to go back to Lokoja to avoid any trouble.

Sources close to the organising committee disclosed that the attack on the  Senator might have stop the governor from coming to the venue.

There was strong indication, however, that some
people might also cause another crisis if the governor had attended the programme.

Presidency Orders Reinstatement Of Expelled Punch Reporter
53 persons arrested at a gay wedding in Zaria, couple on the run
Graphic: Man Kills Brother Over Girlfriend In Abia State
Former Trump campaign staffer alleges he kissed her on the mouth without consent