A 14-year-old Russian model has died after suffering from “utter exhaustion” during a three month modeling assignment in China. Vlada Dzyuba collapsed and slipped into a coma after a grueling 12-hour fashion show in Shanghai.

Sadly, she never regained consciousness and died two days later. She was found to be suffering from chronic  meningitis. 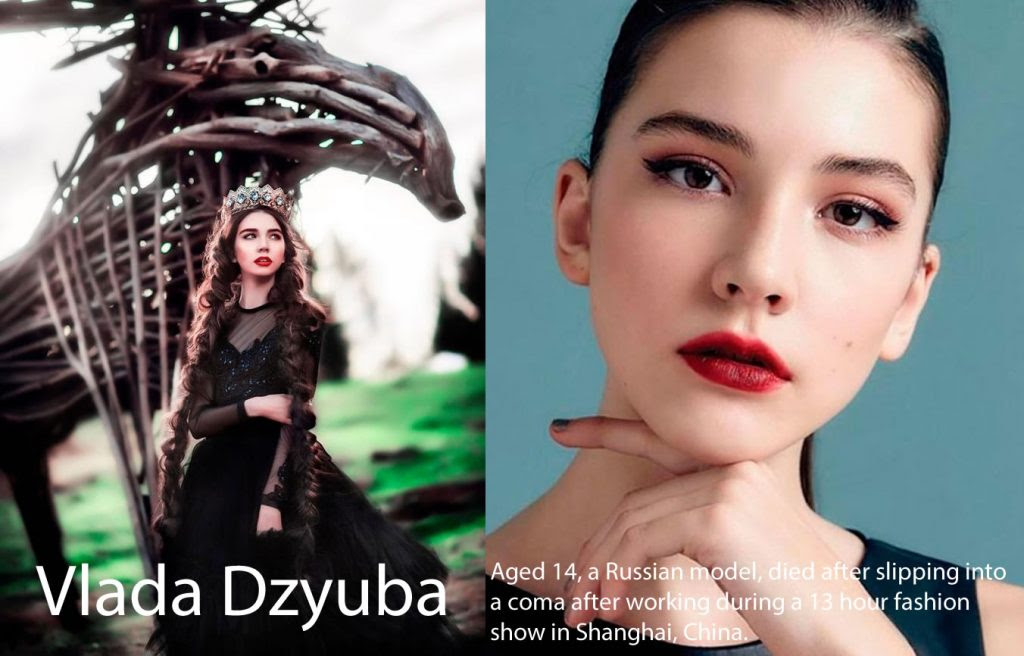 The teen was allegedly on a “slave labor” contract and had been too afraid to seek medical treatment when she got too sick. Officially she was only allowed to work three hours a week.

The Siberian Times reports that the girl’s temperature soared moments before she was set to go out on the catwalk for the fashion show. “She was calling me, saying ‘Mama, I am so tired. I so much want to sleep’. “It must have been the very beginning of the illness. And then her temperature shot up.

“I didn’t sleep myself and was calling her constantly, begging her to go to hospital.”

She had been trying to get a visa to fly out to be with her young daughter before she heard the news of death.

The head of the Perm modelling agency behind her trip, Elvira Zaitseva, said:

“No-one expected it to lead to such consequences. “We are now reaping what we have sown.”

She admitted not checking Vlada’s contract and if she had proper medical insurance. A number of young Russian models are recruited to China, but Vlada’s tragic case has raised concerns over working conditions for the models and how they can be exploited.

Moscow is set to demand an explanation over the conditions Vlada was living in during her time working in Asia.