Two NYPD narcotics officers have been charged with first-degree rape after a teenage girl claimed they assaulted her while she was in handcuffs in Coney Island.

The 18-year-old, who tweets under the name Anna Chambers, alleges that one NYPD detective raped her and both forced her to perform oral sex in a Chipotle parking lot after she was caught smoking marijuana on September 15.
Officers Eddie Martins and Richard Hall are expected to turn themselves in early next week for arraignment, according to the New York Post.

A grand jury voted on Thursday to indict the officers after listening to a week of testimony, including the accuser taking the stand.
The two detectives, from the NYPD’s Brooklyn South narcotics squad, did not deny the sexual acts but claimed they were consensual.
After the allegations broke they and their supervisor were placed on modified duty and stripped of badges and guns. The two officers have since been suspended without pay. 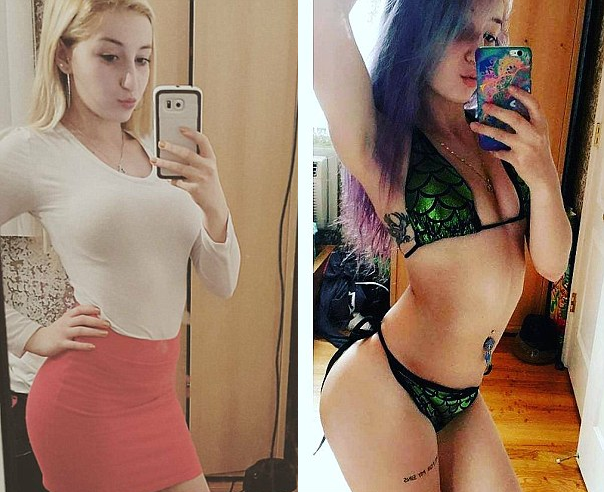 If convicted, the cops would face a minimum of three years and a maximum of 25 years in prison.
Mark Bederow, Martins’ attorney, said: ‘The dynamic will change when there are court proceedings.

The allegations repeatedly and publicly alleged by the plaintiff’s lawyer will need to be supported by credible evidence and withstand scrutiny.
The indictment comes after the officers spent last week attempting to discredit their accuser in a letter to prosecutors.
The letter observed how she filed a $50million claim against the city earlier this month and has posted ‘provocative’ selfies on her Instagram and Twitter after the alleged attack.
The officers allegedly targeted the woman after finding prescription drugs in her car during a traffic stop.
They allegedly let two young men who were with her leave, before ordering her to undress so they could ‘search for drugs.’
They did not find any narcotics, but handcuffed her anyway before pressuring her into sex, according to her lawyer.
‘You’ll spend three hours in the precinct,’ they allegedly told her, David said. They also allegedly said: ‘This is what you’re going to do for us, and we’ll let you go.’

One of the male friends she was with went to the police station about a half-hour after he was released by the cops. He had been told the officers were taking the woman there, but no one had been brought in.
He left the station and found the woman visibly upset and waiting by his car.
‘Her hair was a mess, and she ran up to me and gave me a hug, and she was like, “They f****d me. They f****d me,”‘ he said.

"We must work together to kick Buhari out" – Chief Olu Falae
Categories: News

Man arrested for possession of marijuana demands his charges be read in 'Rastafarian' language in court
5-years after, veteran Nollywood actor, Kanayo. O. Kanayo bags a degree in law (Photos)
Bodies Of Around 20 Migrants Recovered From Sea
Resignation: Omarosa escorted kicking and screaming from White House