A disgusted girlfriend dumped her partner after he was allegedly caught on camera having sex with a horse .

The pervert, who has not been named, lit a cigarette and smiled after the apparent indecent act on a farm.

But when he noticed the CCTV camera, the man reportedly set fire to the bale of hay on which it was resting in a desperate bid to destroy all evidence.

Other cameras reportedly captured the man igniting the inferno near the oil-rich city of Ufa, west Russia, UK Mirror reports.
The clip allegedly shows the man “pushing a mare into the corner of an outside arena, first touching her with his fingers, and then having sex with her.”

I Will Not Fight Trump - New Mexico President-Elect 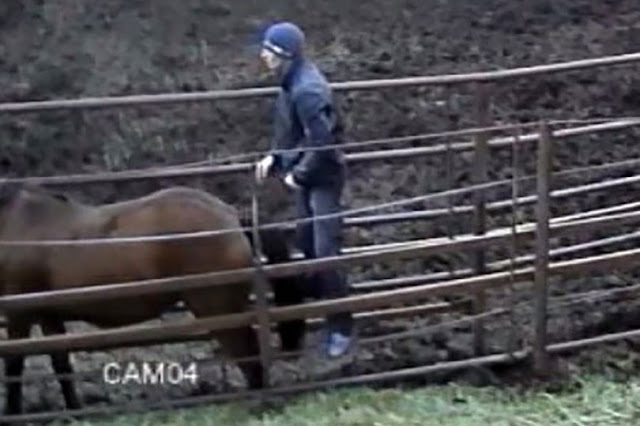 “A young man who was shown setting the hay on fire did so right after having sex with one of mares. Whatever got into his head is still not clear.
“He has a girlfriend – or rather he did have a girlfriend,” said a Russian news report.The man was immediately recognised by officers, who have arrested him on suspicion of arson and may face further charges of abusing an animal.

His girlfriend was “inconsolable, furious and humiliated,” according to reports.