close menu
Just weeks after Tyrese called out his baby mama on Instagram over legal issues regarding their 10-year-old daughter, Norma Gibson has filed new documents against the singer-turned-actor for violating her temporary restraining order. ⠀⠀
⠀⠀⠀⠀⠀
⠀⠀⠀⠀⠀⠀⠀
According to TMZ, Norma accused Tyrese of spanking their daughter, Shayla, prompting the Department of Children and Family Services to investigate the incident.

Norma was then granted a temporary restraining order against the singer/actor, ordering him to refrain from any direct contact with her or their daughter. But, when Tyrese flew a banner over his daughter’s school, Norma went back to officials over the alleged violation. ⠀⠀⠀⠀⠀⠀
⠀⠀⠀⠀⠀⠀⠀
The banner read, “No matter what, Daddy loves you Shayla,” as it flew over the little girl’s elementary school. 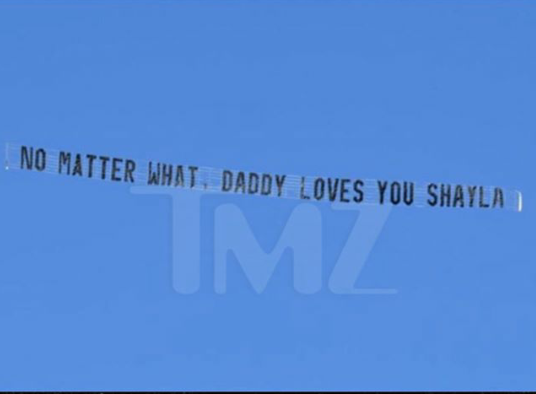 The singer had also been sending Shayla gifts that were delivered to the school, including balloons, a fruit basket and a teddy bear, all of which Norma believes is a violation of the restraining order and a form of witness intimidation. Apparently, DCFS is expected to interview Shayla as part of its investigation into Tyrese’s alleged abuse. ⠀⠀⠀⠀⠀⠀⠀
⠀⠀⠀⠀⠀⠀⠀
In turn, Tyrese’s team says it was not a violation because he didn’t have any personal contact with his daughter.

US border patrol chases five immigrants to their deaths in Texas
Categories: News