A man who jumped off the Lekki-Ikoyi bridge into the Lagos lagoon this morning has been identified as Oluseyi Adekunle.

Adekunle, who, appeared to be on his way to work dropped his bag at the rails before taking the plunge into the Lagoon in an apparent suicide bid.

His ATM card and other items were recovered from the scene of the sad incident, thereby revealing his identity.

Officials of the Lagos Waterways Authority, the state emergency management agency and the marine police rushed to the scene in an attempt to rescue the victim.

After a four-hour search without recovery of the body, the officials had to call off the joint operation.

The authorities are still investigating the cause of Adekunle’s action as he is believed to have committed suicide.

This incident comes barely six months after a medical doctor identified as Allwell Orji jumped to his death from the third mainland bridge into the lagoon.

According to new reports, he got to the bridge at about 11am this morning, removed his clothed before jumping in.

His phone and two ATM cards were seen at the scene and upon calling a number on the phone, it turned out to a woman who said she is his wife. 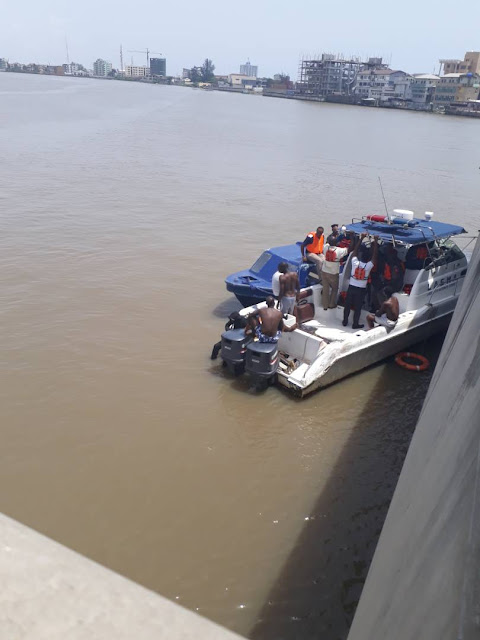 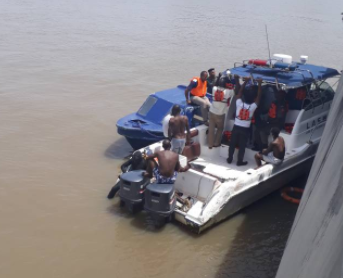 Man Jailed In Connection With $20M Found In Box Spring Bed
Harvey Weinstein turns himself in to New York Authorities today
Is It True? Rumour Has It That Tiwa Savage May Be Dating Ruggedman Amidst Marriage Crisis
Ghanaian former minister and poet, Prof. Atukwei Okai dies at 77