A newspaper executive tragically fell several stories to his death in an apparent accident Monday afternoon in downtown Chicago.

Eric Paul Janssen, who was a vice president for the Sandusky Newspaper Group in Memphis, was reportedly trespassing at the trendy London House Hotel in Chicago during the time of the incident.

The 44-year-old man, who was a fan of urban exploring, was taking photographs without permission when he fell from a 20th floor parapet wall and struck a sixth-floor rooftop below around 3.30pm,CBS Chicagoreported.

Janssen, who was visiting for an architectural tour that promised ‘behind-the-scenes access’ to hundreds of buildings, was taking photos on the ledge of the hotel 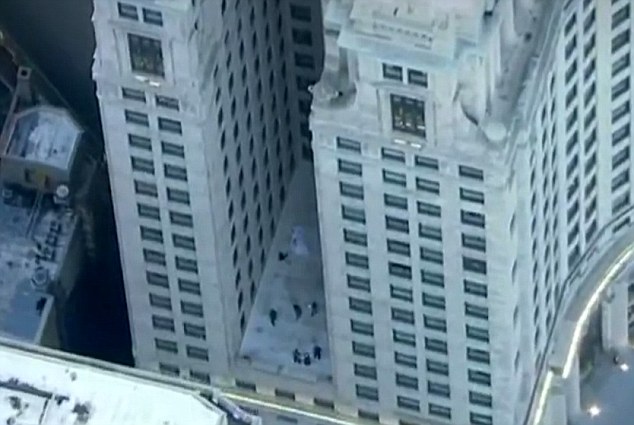 A friend who was with Janssen at the time of the accident said he was not staying at the hotel, but had just been at the top floor lounge when he stepped away briefly to take some photos, the Chicago Tribune reported. 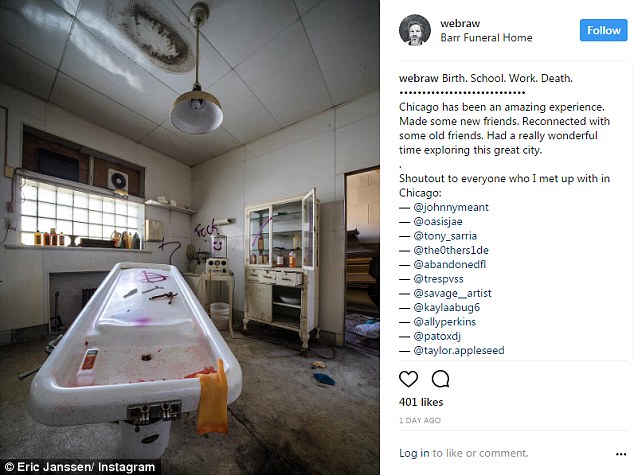 According to Daily Mail,for his last Instagram post shared Monday, Janssen shared a striking photo inside of Barr Funeral Home.