President Trump on Tuesday called the family of Army Sgt. La David Johnson, who was killed Oct. 4 in Niger.

President Trump told the widow of that the soldier “knew what he signed up for … but when it happens it hurts anyway” during a phone call on Tuesday. 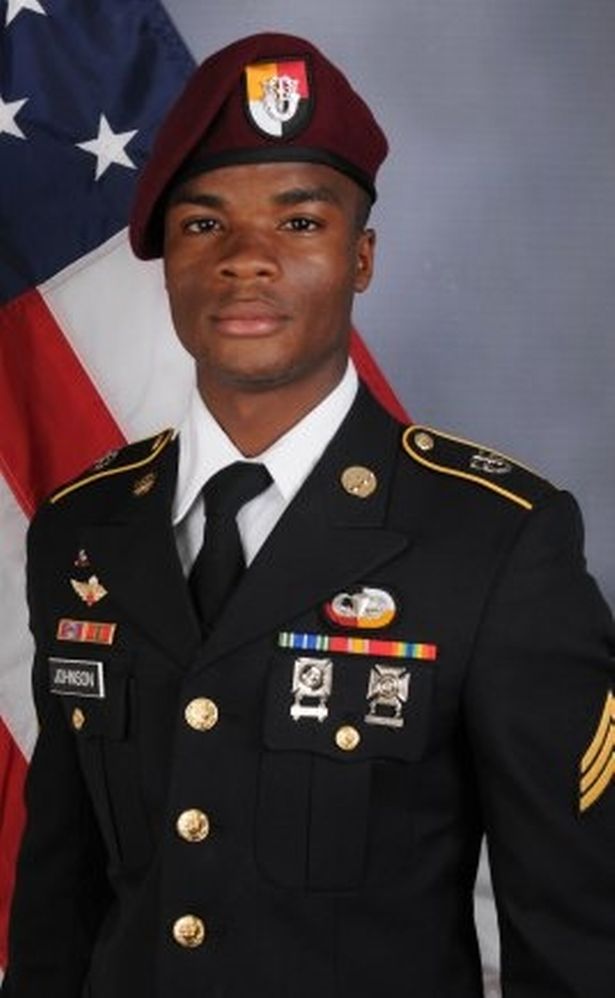 The widow of Army Sgt. La David Johnson received the five-minute call from Trump, Democratic Rep. Frederica Wilson told The Post, one day after the commander in chief falsely suggested that former President Barack Obama did not phone the families of fallen soldiers.

“They were astonished,” Wilson said about the Florida family’s reaction. “It was almost like saying, ‘You signed up to do this, and if you didn’t want to die, shouldn’t have signed up.’ ”

Wilson said the widow, Myeshia Johnson, spoke to Trump for about five minutes and her only words were “thank you” at the end of the conversation.

“I wanted to curse him out,” Wilson said of Trump. “I asked the family to give me the phone so that I could, but they wouldn’t.”
Johnson, 25, was one of four soldiers killed in an ambush in the African country.