close menu
A group of masquerades have been arrested by officers of the Lagos state police command for robbing members of a community at Elere area of Agege Lagos.

According to the police officials, the masquerades who were not given the go-ahead by the traditional ruler,attempted to attack the officers when they were nabbed. 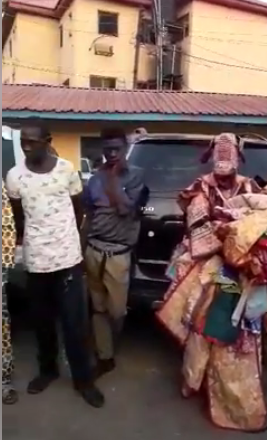