Friends and family have hailed a hero dad who saved up to 30 people during the Las Vegas shooting massacre.

Jonathan Smith was in the city celebrating his brother’s 43rd birthday when the attack took place.

It is believed Mr Smith, from Buena Park, California, helped dozens of strangers get out of harm’s way as hundreds of bullets whizzed down from the hotel.

He continued to get people under cover until he himself was hit by a bullet.It remains lodged in his clavicle and may have to stay there for the rest of his life.Mr Smith is a father to three young children with his partner Crystal Jones. 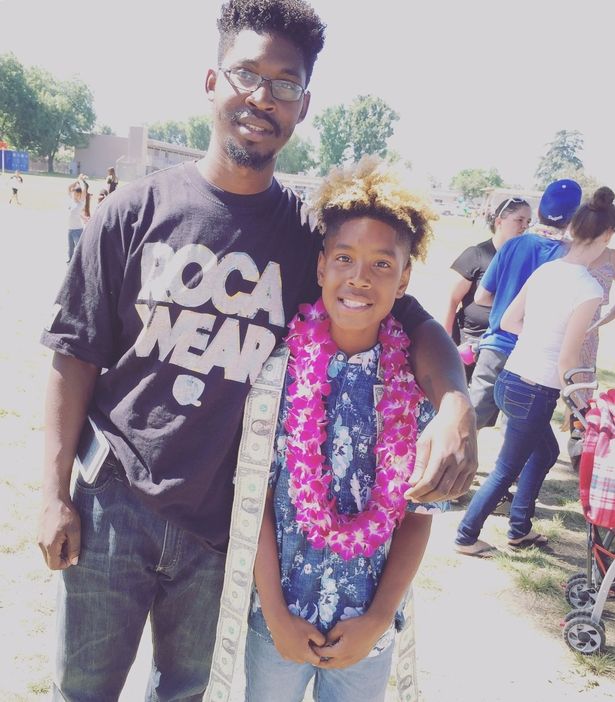 Crystal’s sister Tiffany Jones has set up a GoFundMe page to help cover the costs of his medical expenses.

Man killed German girlfriend for refusing to convert to Islam

“Jonathan was shot during the Las Vegas Massacre while trying to secure the safety of others.
“He was there celebrating his brother’s 43rd birthday when shots were fired.
“According to witnesses, he helped save dozens of lives ushering people to safety before he too was shot and wounded.
“Jonathan Smith is a loving father of 3 children, Jonathan Jr, Jayden Starr and Julian.”

“He is currently unable to support his family as a result of this horrible event as his body requires time to heal from such an injury.
“In addition to this, he will need to pay medical expenses – much of which will need to come out of pocket.”

Washington Post reporter Heather Long spoke to Mr Smith as he was sat in hospital and shared his story.

Tweeting a picture of him which has been shared more than 71,000 times, she wrote: “Jonathan Smith, 30, saved ~30 people last night before he was shot in the neck. He might live w/the bullet for rest of his life.”

Lawyer who raped a passed-out male at Oktoberfest, walks free after claiming he developed a spontaneous affection
Couple Forced To Plan Wedding In Just 4 Days After They Are Both Diagnosed With Cancer
Bin Laden’s Son Hell Bent On Avenging Father’s Death
Man Who Attacked Muslims At Mosque This Morning Blows Them A Kiss As Police Drove Him Away