The married Tennessee pastor who got into trouble for dropping a sexually explicit comment on Nicki Minaj’s racy photo which had her fans lusting over her, has denied it was him.

William Henry Dewberry III, a pastor at the Church of God in Christ in Memphis, who’s listed on Instagram as a ‘God Fearing Man and Retired U.S. Soldier,’  left the explicit comment on the rapper’s Instagram photo she shared weeks ago.

“I’ll love to eat your booty,” he wrote under the photo of the rapper’s massive backside. 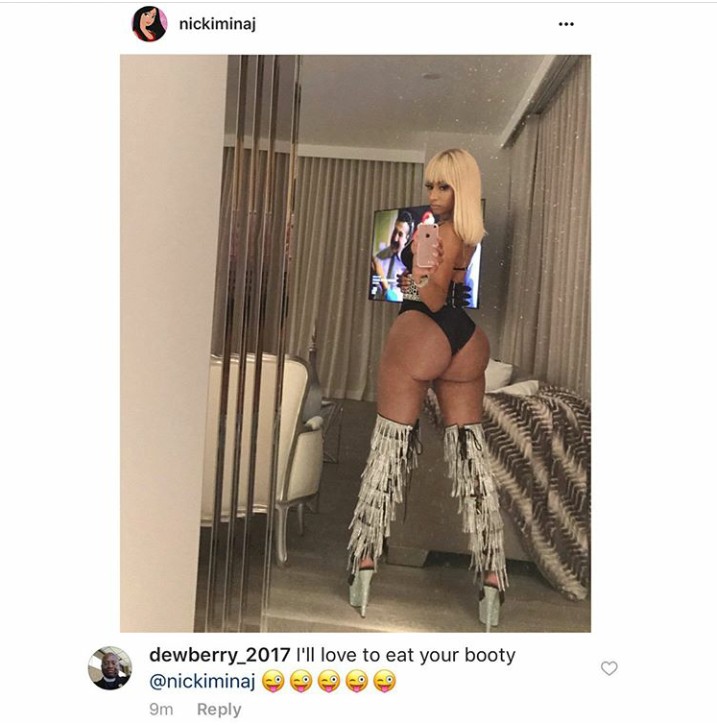 Following the backlash, he has received since the inappropriate comment went viral, Dewberry is now pleading with a friend on Facebook, suggesting the account belongs to an impersonator.

‘Saints, I need your help,’ Dewberry wrote in the post, which has since been set to private on his page.

‘Somebody created a fake Instagram page under my name. I don’t know who did this. But, this needs to come down ASAP! May somebody report this IMMEDIATELY! I did not create this. I already have an Instagram page, and this one ain’t me!!!!’

One user replied saying, ‘How is this fake? You’ve used this page.’

From the look of things, the pastor’s Instagram account has hundreds of followers and seems to have been active since January 2016. Photos seen on the page shows him and his loved ones spending time together. 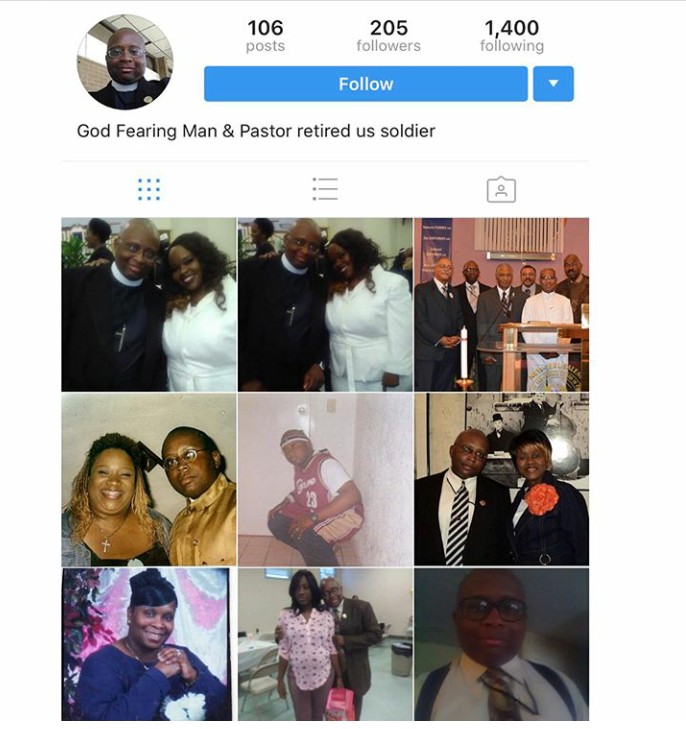 "I am not afraid of free and fair elections in 2019"- President Buhari
Categories: Foreign News

Kendrick Lamar covers Rolling Stone and talks about Jay Z & Beyonce
London tower blaze- Faces of some of those missing as more than 50 are unaccounted for
Details about the soon to be France’ youngest president, Emmanuel Macron
Rick Ross welcomes baby girl with IG fitness model Briana Camille