The Federal Government has invoked the wrath of Nigerians over their recent declaration to have the hottest song in Nigeria at the moment banned.

Former Sudanese President, Abdulrahman Al-Dahab dies
Olamide’s song Wo! has been declared a danger to the public by the health ministry over claims the rapper was promoting the smoking of cigarette.
Taking to its Twitter account, the ministry claims a line from Olamide mentioning cigarettes contravenes Nigeria’s laws on Tobacco advertising, promotion & sponsorship.
They continued saying the video promotes a dangerous habit that encourages second-hand smoking.
The risks from this include cancers, respiratory & cardiovascular diseases. 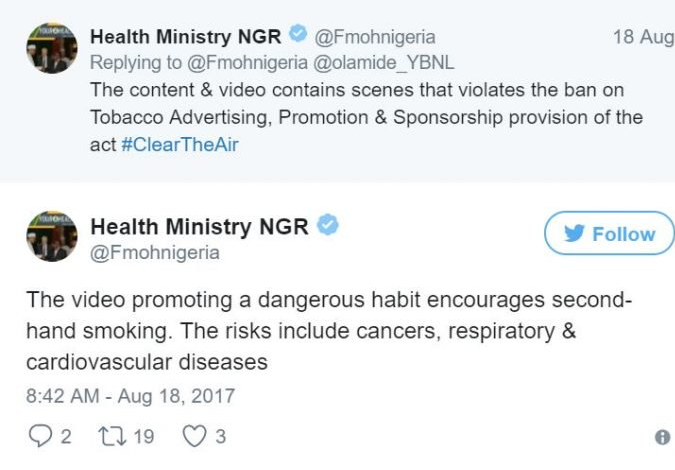