The video below shows the moment sledgehammer wielding thugs robbed a jewellers store in central London in broad daylight before racing away on motorbikes.

About six of the raiders wearing motorcycle helmets were said to have smashed through display cases at Boodles jewellers in the upmarket Knightsbridge area of central London at around 10.40am this morning. 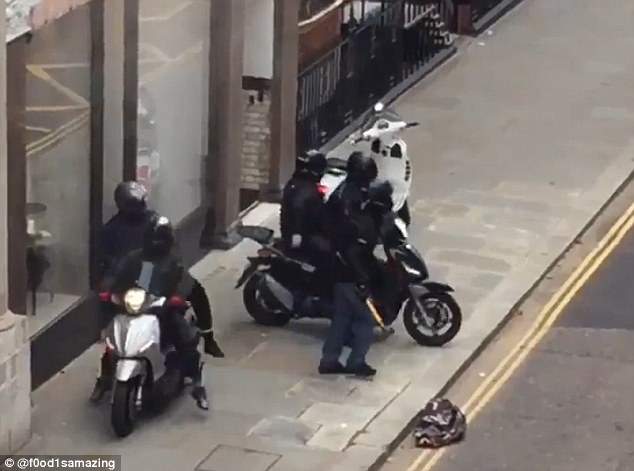 The unknown gang escaped before Police arrived at the scene.

According to Scotland Yard Spokesperson from the headquarters of the London Metropolitan, she confirmed Police investigations have begun and said no firearms or acid was used in the raid. 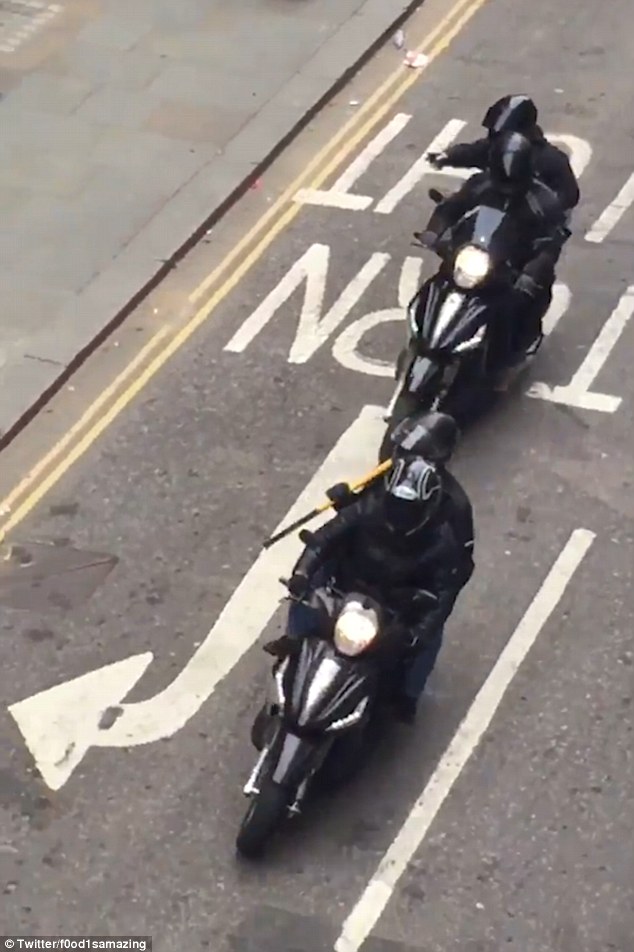 She said: “Police are investigating after the robbery of a jewellers in Chelsea. Police were called at 10.37am to reports of a robbery at a jewellers at Basil Street at junction with Sloane Street.

“A number of suspects had arrived on motorscooters, entered the store and then used hammers to smash their way through counter displays.

“The robbers removed property from the displays and then made off on the bikes. No one was reported injured. No-one has been arrested.”

Watch the video below..

It’s Not A Pr!ck,Nigerian Baker Fires At Bloggers For Misinterpreting Her Cake [Photos]
Categories: Foreign News