Over the weekend, a right-wing march was organised to protest against the proposed removal of a statue of General Robert E Lee, who commanded the pro-slavery Confederate forces during the American Civil War. The event drew white supremacy groups.

But violence broke out after they were confronted by anti-racism groups. A car ploughed into one group of anti-racism protesters, killing 32-year-old Heather Heyer and injuring 19 others.

In a statement on Monday, US president Donald Trump who stayed two days before condemning the white supremacists did the needful. But in New York on Tuesday he reversed, and also blamed left-wing supporters for charging at the “alt-right”.

He blamed both sides for the violent unrest in Charlottesville, Virginia, which left one protester dead and others injured.

“I think there is blame on both sides,” Trump charged at reporters during a news conference Tuesday afternoon in the lobby of Trump Tower. “What about the alt-left that came charging at, as you say, the alt-right? Do they have any semblance of guilt? What about the fact they came charging with clubs in hands, swinging clubs? Do they have any problem? I think they do.”

Speaking about the man who drove his car into the crowd of protesters — which killed one woman and injured several others, POTUS said: “You can call it terrorism, you can call it murder. You can call it whatever you want,” he said. “The driver of the car is a murderer and what he did was a horrible, horrible, inexcusable thing.”

Defending his two-day delay in condemning the white supremacists, he told reporters he didn’t want to speak before knowing all the facts, “unlike most politicians.”

Reacting on social media, John Legend and his wife Chrissy Teigen alongside  Mandy Moore, Chris Evans and John Mayer among other celebrities who were quick to bash the president for his conflicting statements.

See what they are saying below… 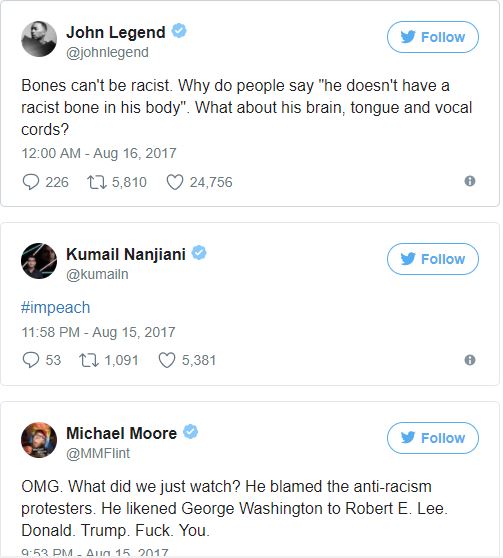 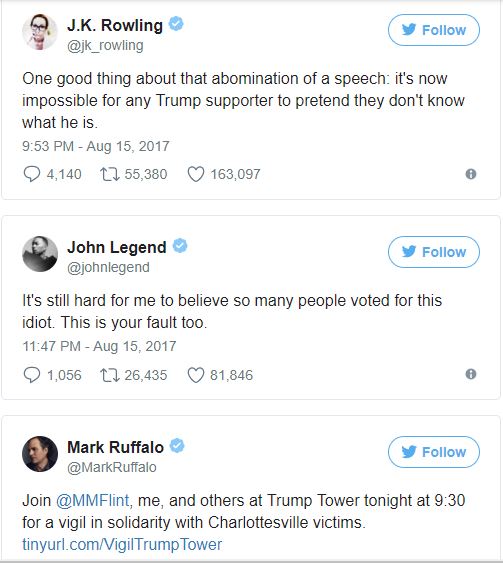 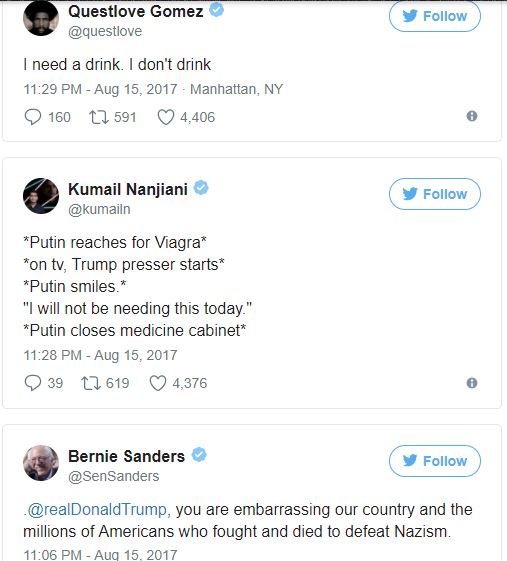 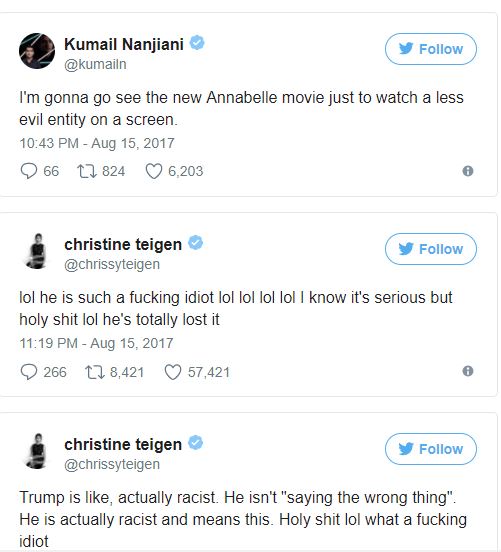 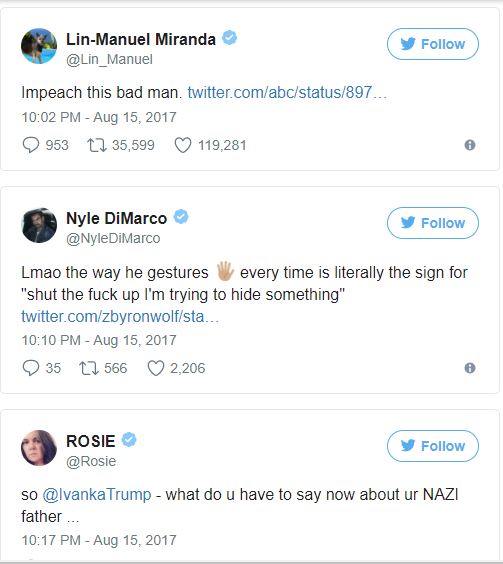 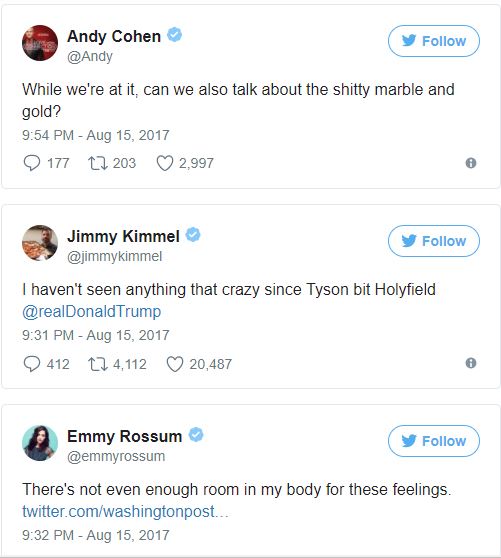 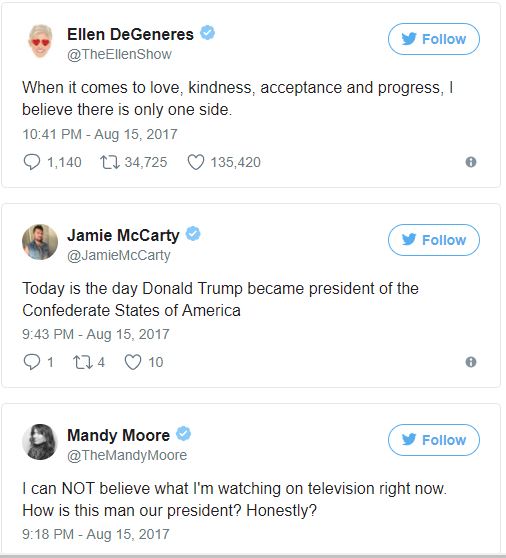 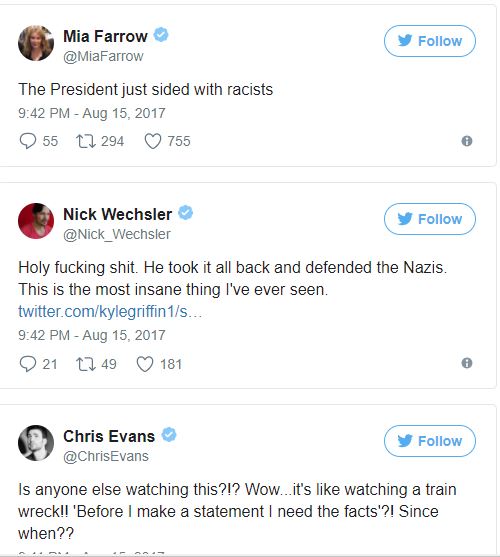 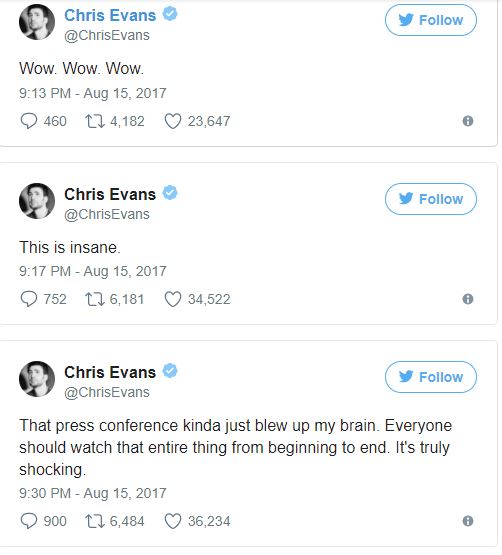 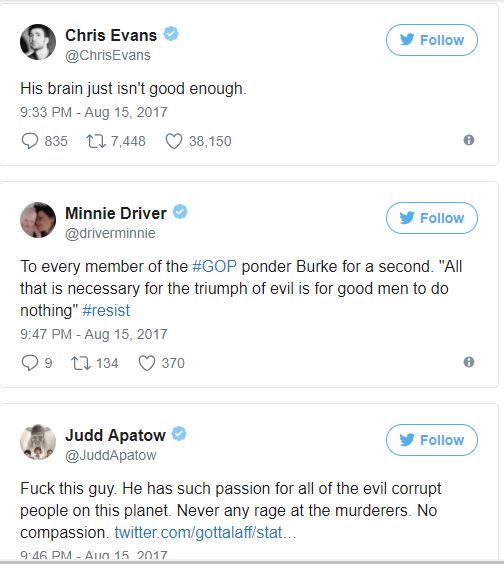 4 Types Of Headaches That Reveal What Is Wrong With Your Health
Categories: Foreign News