Barack Obama’s message of unity after a far-right, white supremacist event in Virginia descended into deadly violence has become the third most ‘liked’ tweet in history and prompted renewed pining for the former president.

His comments have also been shared more than one million times. 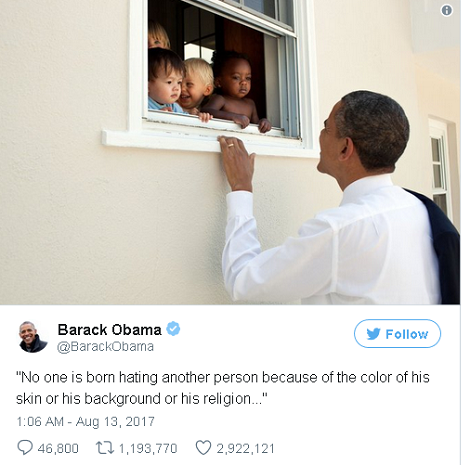