A girl in the Piedmont, Italy was turned down for a retail assistant position by a shopkeeper because she is in a relationship with an African man.

According to Corriere della Sera, the shopkeeper is purported to have told the girl:

“As far as I’m concerned, you can go out with the Monster of Florence (ED: a serial killer who butchered women in the 1990s), but allow me to not entrust the safety of my store to those who share their life with an African,” 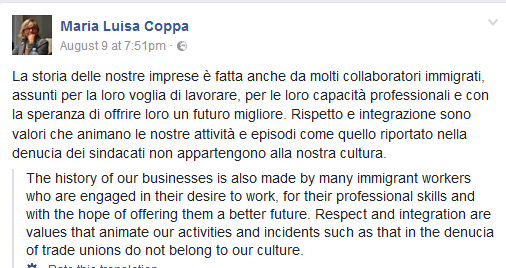 The story went viral after Chiara del Gaudio shared the exchange on her Facebook profile. According to reports, Claudio, the shopkeeper, advised the 18-year-old to not show photos of her relationship if she wants to find a job.

Reacting to the incident, Maria Luisa Coppa, president of the Torino Union of Traders, said: “Respect and integration are values that animate our activities,”

“Episodes such as the one reported do not belong to our culture,” added Coppa, stressing the role that immigrants play in the city’s economy.”

“The history of our businesses is also made by many immigrant workers who are engaged in their desire to work, for their professional skills and with the hope of offering them a better future. Respect and integration are values that animate our activities and incidents such as that in the denucia of trade unions do not belong to our culture.” 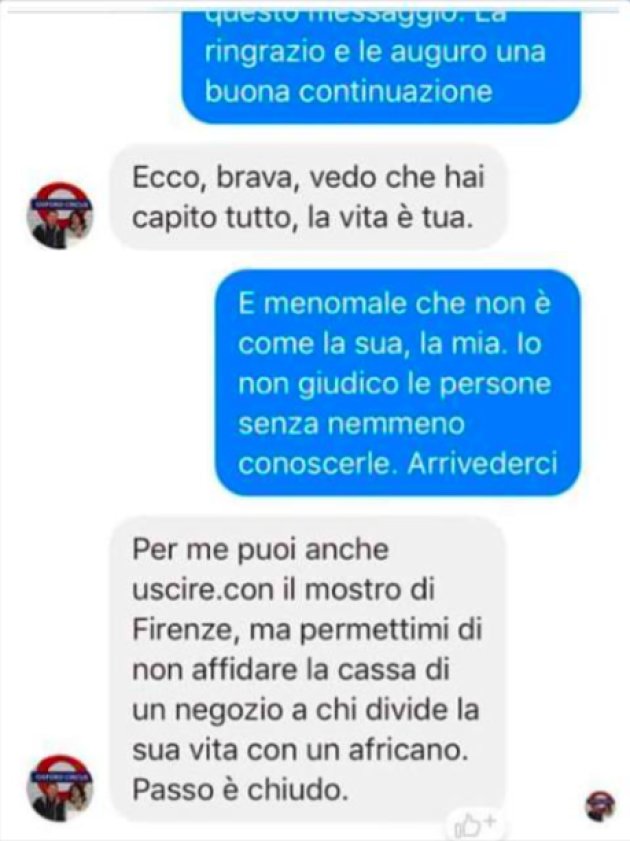 Torino has a large North African and Muslim community. Millions of Italians and foreigners have migrated to Torino to work for Fiat and other major industrial companies in the last decade.