close menu
A boy with 12 inch long hands has been shunned by all his friends and refused entry to every school in his area.

According to his family, 12-year-old Tarik can’t dress himself and has been labelled ‘the devil’ by villagers who believe his large hands to be the result of a curse.
The young boy, from Uttar Pradesh, India, works on a tea stall and lives with his brother.

“Since birth, his hands were always big. As he started growing his hands got bigger.
“When his father was alive he took him to the local doctors a lot. But his father passed away and he only has his mother now, so he can’t get any treatment.” 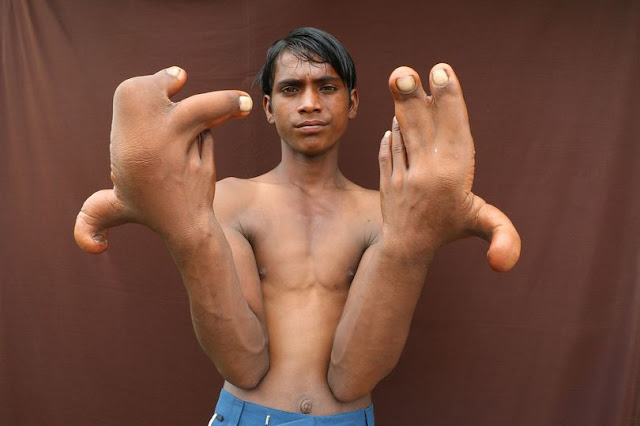 Tarik’s older brother, Hargyan, takes care of Tarik and helps him with simple daily tasks that his hands prevent him from being able to do.

Hargyan said: “His hands are really big. I have never seen such big hands in my life. He is stuck in his life. He cant even change his clothes. I have to look after Tarik.
“Its difficult for Tarik to complete his daily chores like bathing, dressing, and eating.”

The condition, which has not been diagnosed by doctors, has caused Tarik’s huge hands to grow to a length of 12 inches. 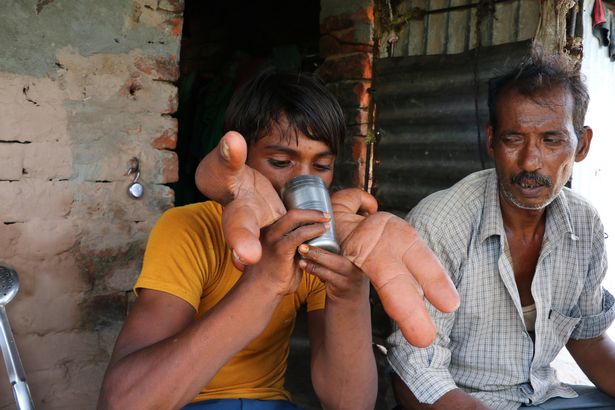 Sadly that has resulted in Tarik being bullied by his neighbours and friends.He was also refused admission to school.

Tarik said: “I had few friends in the beginning but now I don’t have any.
“People are scared of my hands. I wanted to study but school refused my admission. 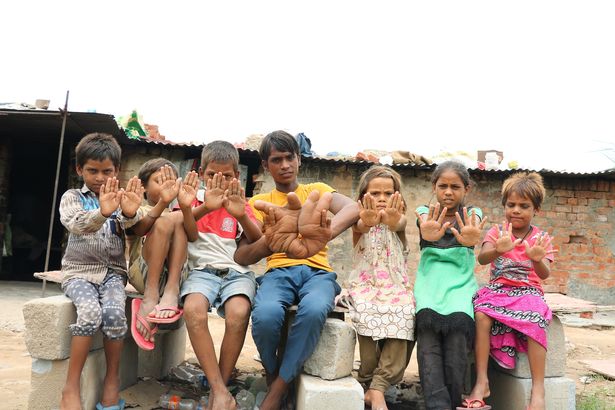 “People think having this condition is a result of some curse. They don’t know it’s a medical condition and it can be cured.