Award-winning rapper ,Kendrick Lamar has given a very insightful interview in the latest issue of Rolling Stone Magazine .The  30-year-old rapper says he doesn’t appreciate people trying to be him.

He also explained why he called himself the best rapper: because he doesn’t have a ghost rapper.
He also pays homage to Beyonce and Jay Z who he calls his favorite rapper. He said

“A wack artist uses other people’s music for their approval,”We’re talking about someone that is scared to make their own voice, chases somebody else’s success and their thing, but runs away from their own thing. That’s what keeps the game watered-down. Everybody’s not going to be able to be a Kendrick Lamar. I’m not telling you to rap like me. Be you. Simple as that.”

On being the best rapper 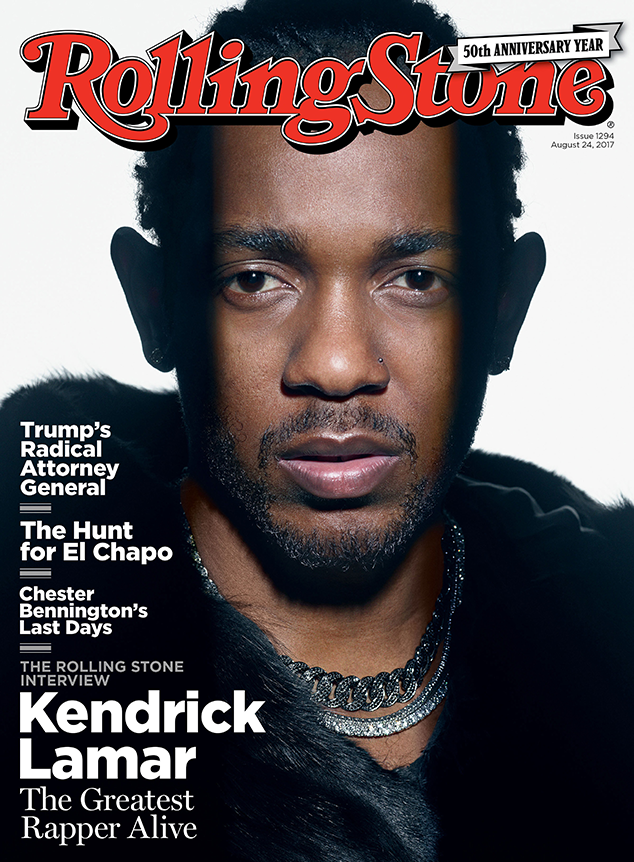 On what he learnt from Kendrick said both Jay-Z and Beyoncé ,he said she taught him

“How particular to be about your music,”, “She’s a perfectionist. Think about the [2016] BET performance. She was very particular – the lighting, the camera blocking, the transition from the music to the dancing. It was confirmation of something I already knew.”

He also revealed that Jay-Z has always been his favorite rapper, admitting he imitated his rap style a little bit in his early days.

“That was my guy. Still is. I’m still a fan,” Kendrick said. “That was just a page I took out of his book, to be able to carry a lyric through conversation and make it feel like I’m sitting right here talking to you.”

Watch: BBN winner Efe talks about life,the house and relationship.
Selena Gomez and The Weeknd move in together
Miranda Kerr shares first photos from her wedding to Snapchat CEO Evan Spiegel
(Download) “Down On It” by Whizper now available on Itunes.