Incumbent leader Paul Kagame swept to a landslide victory in Rwanda’s presidential election, securing a third term in office and extending his 17 years in power, final results showed on Saturday.

Kagame has won international praise for presiding over a peaceful and rapid economic recovery in Rwanda since the 1994 genocide, when an estimated 800,000 people Tutsis and moderate Hutus were killed.

But he has also faced mounting criticism for what human rights groups say are widespread abuses, a muzzling of independent media, and suppression of political opposition.

The 59-year-old former guerrilla leader had secured 98.63 percent of Friday’s vote, according to a final tally released by the National Electoral Commission on Saturday . 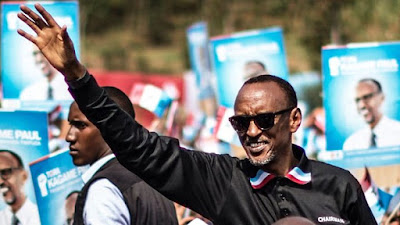