A cancer-stricken dog who served three tours in Afghanistan with the US Marines has been given a tearful final goodbye in Michigan before being euthanized.

Cena, a 10-year-old black lab, received a hero’s farewell on Wednesday just days after his owner Lance Cpl. Jeff DeYoung completed a bucket list for the dying pooch.Cena, who was diagnosed with bone cancer two weeks ago, was a bomb-sniffer for the Marines until his retirement in 2014.’Daily Mail reports: 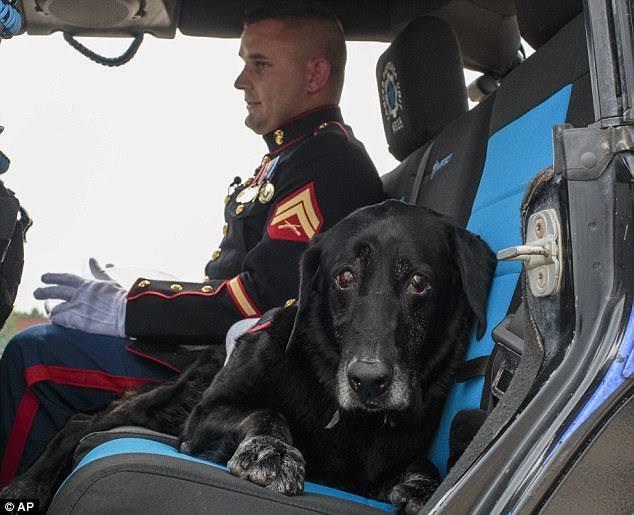 Following their retirement in 2014, DeYoung adopted Cena so he could become his service dog to help with his post-traumatic stress disorder.

DeYoung said he has carried Cena across rivers and thrown his body over him while under heavy fire from the Taliban. He said Cena kept DeYoung’s body warm during cold desert nights and comforted him when he lost seven friends in three weeks.