Cristiano Ronaldo may have his fourth child on the way ,but the Real Madrid star has revealed revealed he wants to have seven children.

In June,the 32-year-old celebrated the arrival of twins Eva and Mateo via a surrogate.

His girlfriend Georgina Rodriguez also currently pregnant with a girl that is due in October.
But Chrisiano Jnr wants another three brothers or sisters – and his dad seems to agree. 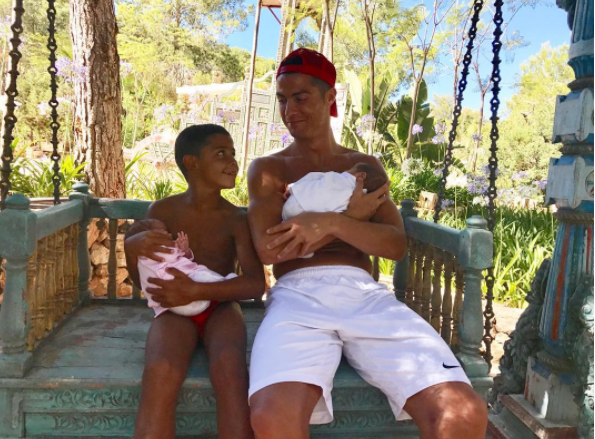 He wants seven, the magic number, and I think that’s good,” Vidas report him as telling a Chinese television show.He added that he wants to “go slowly and enjoy the moment”.

Tupac’s Letter Auction: Former Friend Tells Madonna, We Had A Deal, You Can’t Sue Me
“I’m Ready To Work With Efe When He Is Ready”- Olamide
Johnny Depp apologizes for his joke about assassinating President Trump
Kim & Kanye’s Baby Sex REVEALED