A mum and daughter in India have the revealed the heartbreaking reason they are still living with the man who scarred them for a life in a horrifying acid attack .

Inderjeet Mahour, 60, attacked his own wife Geeta Mahour, 40, and two daughters Neetu, then three, and 18-month-old Krishna, more than 25 years ago.

He had allegedly threatened his spouse on previous occasions: “Don’t mess with me or I’ll ruin your face.”She and Inderjeet went on to have another daughter eight years later, and today she still shares his bed and cooks him dinner every night.

Geeta said: “After I recovered from my injuries I was worried how I’d raise my kids alone so I decided to forgive him and I returned to him.” 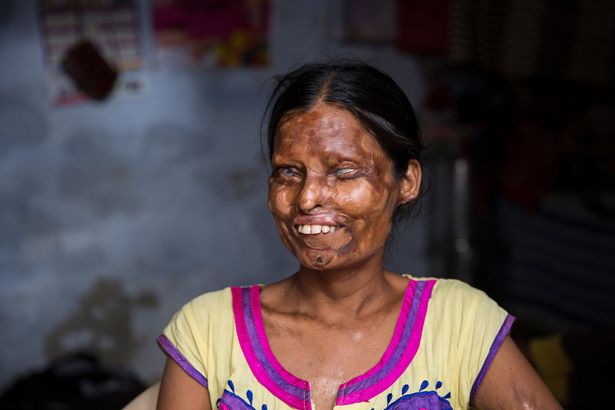 The brave mum – who was apparently targeted by Inderjeet when he was drunk – claimed her husband still becomes abusive when he drinks.

“For some years he was nice to me,” she said.
“But eventually he started drinking and gambling again.
“Even today when he gets drunk he threatens to kill us. But nothing bothers me now. I cry every night for the misery we are forced to live but this is our life.”

Geeta’s daughter, Neetu, has lost almost all of her sight following the attack. But the courageous woman refuses to dwell on what her father did to her.”I can hardly remember anything about the day,” Neetu said. “But I have forgiven him. I’ve never asked my mother why are we with him? I never get angry. 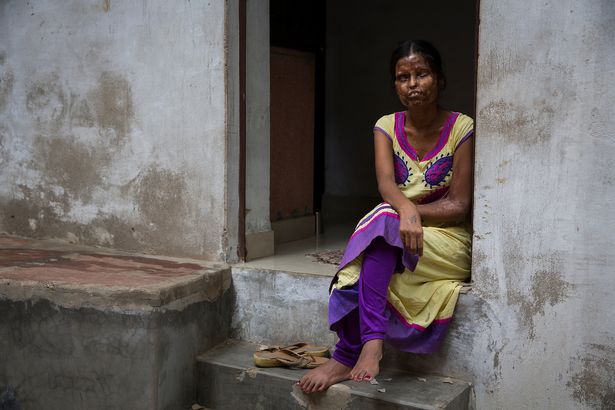 Geeta was reportedly living back with her mother due to cracks in their marriage, when Inderjeet attacked.

She said: “I was at my mother’s place with my two younger daughters when the incident happened. 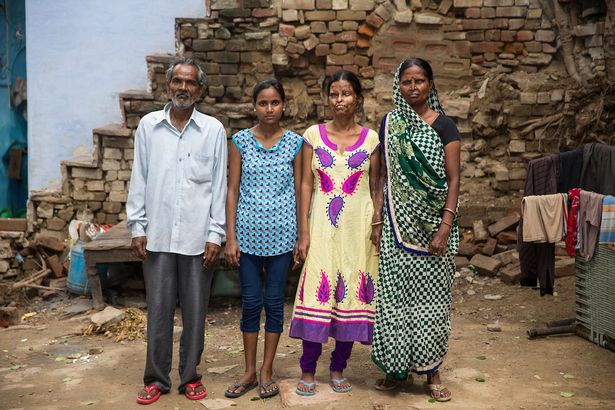 “My eldest daughter Rekha was at my in-laws house. We were sleeping in the courtyard when he quietly got inside and poured acid on us.

“Even though I didn’t see him pour the acid, I knew it was him because he often used to threaten me: ‘Don’t mess with me or I’ll ruin your face[UK Mirror]