A former Florida escort who landed on a “Cops” episode after attempting to hire a hitman to murder her husband was sentenced to 16 years behind bars.

Dalia Dippolito in 2009 was recorded telling an undercover detective she was “5,000% sure” she wanted him to kill her husband, and a jury last month convicted her on a charge of solicitation of first-degree murder.

It took the six-member jury just an hour and a half to return with their guilty verdict in Dippolito’s third trial, potentially ending eight years of litigation.

A jury previously convicted Dippolito and sentenced her to 20 years in prison in 2011, but it was later tossed on an appeal and a retrial last fall ended with a 3-3 hung jury.

Listen, when I met her, it was very exciting,” Michael Dippolito said. “We got along really well. Our sex life was amazing and that was part of the whole reason, you know I was so into her and I thought she was into me.” 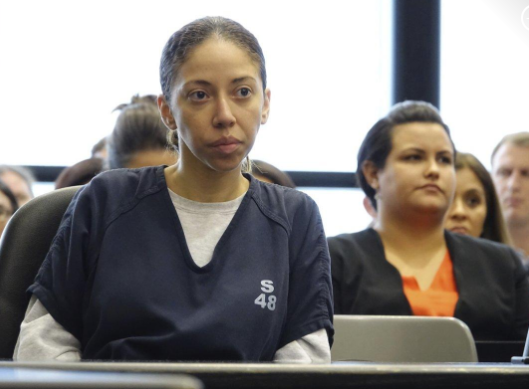 The trial mostly hinged on a 23-minute video in which Dippolito agreed to pay undercover officer Widy Jean $7,000 to put two bullet’s in her husband’s head. The pair discussed a series of strategies, but eventually settled on a botched burglary for their cover.

Prosecutors alleged she wanted control of their town house as well as her husband’s savings.

Dippolito was sentenced to serve 16 years in a state prison, with credit for 150 days already served. She did not receive credit for the last eight years she spent on house arrest.

Here Are 13 Unbelievable Coincidences That Leave Us With Many Questions About The World
Categories: Foreign News