Seven friends drowned and another is feared dead after their boat capsized while they gathered at one end for a selfie.

The young men were filming for Facebook Live using a selfie stick and can be seen in the footage laughing and joking.

But moments later tragedy struck, as the men were so engrossed in playing up for the camera, that they didn’t realise the were tipping over.

The men in their late teens and early twenties had been at the Mangrul Lake in Kuhi Taluka for a picnic when they fell in the water on Sunday evening.

“The guys had got onto a small boat.

Knifeman Stabs One To Death, Wounds Seven Others In Rampage At Polish Mall

“They were so engrossed in taking selfies and doing the live-streaming in Facebook that they forgot
that all of them had come to one corner of the boat.

“That would capsize as a result of the imbalance caused by the uneven weight put on one side.

“India has become the capital of selfie death in the world, but our people still continue to risk their life and limb for a selfie,” he said. 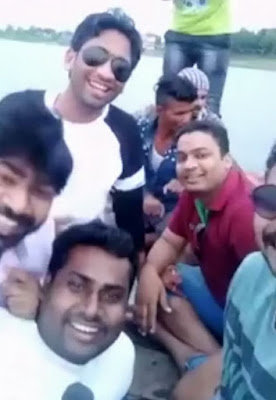 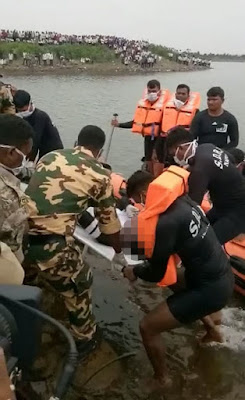