Dozens of firefighters battled to bring a major fire under control at London’s famous Camden Lock market.
Dramatic pictures of the blaze at the popular tourist destination show a raging fire.

Emergency services were called to the market in north London just before midnight.

The London Fire Brigade said ten fire engines and 70 firefighters had been dispatched and urged people to avoid the area.

Station manager David Reid, who was at the scene, said: “Crews worked hard to get the fire under control and to stop it from spreading to neighbouring buildings.”

It is understood around 30% of the first, second, and third floors, and a third of the roof of the 30 by 40 metre building, was damaged by the fire, which was brought under control around 2.50am.

There is not thought to be any injuries with London Ambulance Service saying they are not treating anybody at scene.

The cause of the fire is under investigation. 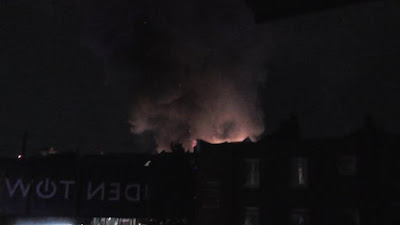 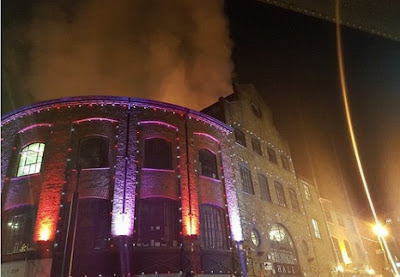 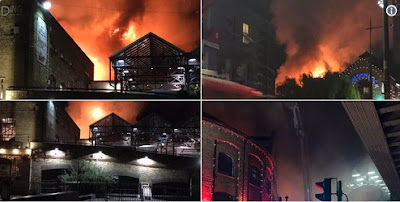 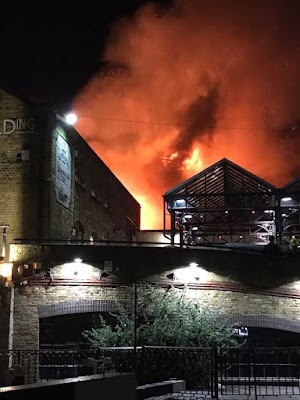