Ji-Tu Cumbuka, the actor known for his role of Wrestler in the ABC miniseries Roots, has died at the age of 77. Cumbuka died Tuesday, July 4 in Atlanta, Georgia, according to his niece Amber Holifield in a Facebook post. She wrote: 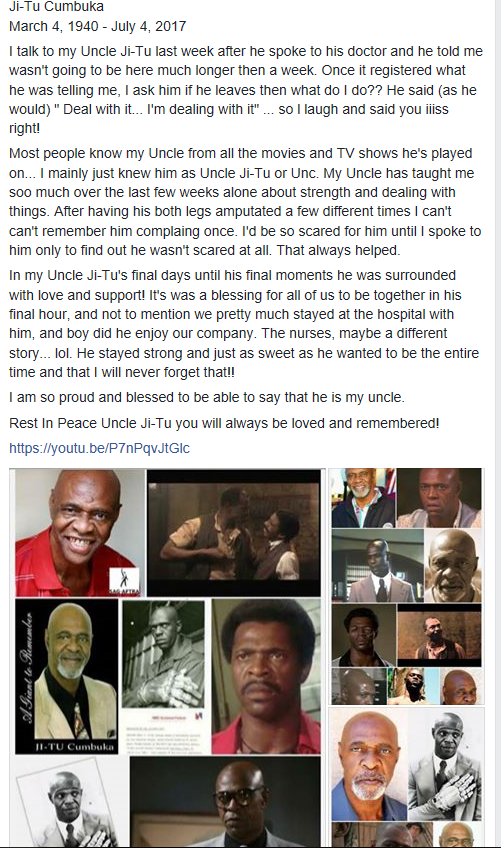 “In my Uncle Ji-Tu’s final days until his final moments he was surrounded with love and support!” said Holifield in her post (below). “It’s was a blessing for all of us to be together in his final hour, and not to mention we pretty much stayed at the hospital with him, and boy did he enjoy our company. The nurses, maybe a different story… lol. He stayed strong and just as sweet as he wanted to be the entire time and that I will never forget that!!”

Among those paying tribute was LeVar Burton, who played Kunta Kinte, the central character in Alex Haley’s 1977 Emmy Award-winning miniseries. “He played the Wrestler in the original Roots, one of Kunta’s primary mentors,” shared Burton on Twitter soon after news spread Saturday of Cumbuka’s death. “As he was for me on my first gig! #RIP” 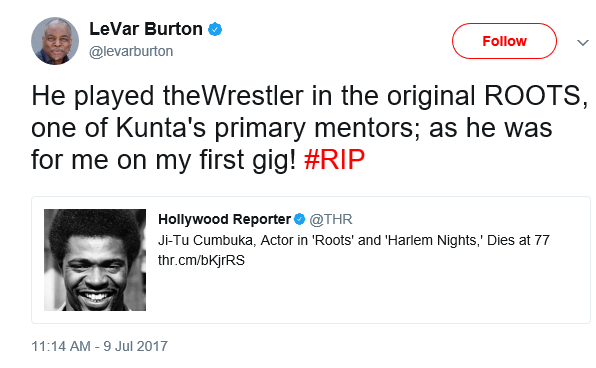