close menu
Donald Trump has mocked Kim Jong-un after North Korea has launched a  missile into the sea off its east coast ahead of the G20 summit later this week.

The missile launched from an airfield in Panghyon,flew for about 40 minutes and may have landed in Japan’s Exclusive Economic Zone (EEZ), the Japanese government said.

The US President was quick to react on Twitter, asking “does this guy have anything better to do with his life?” 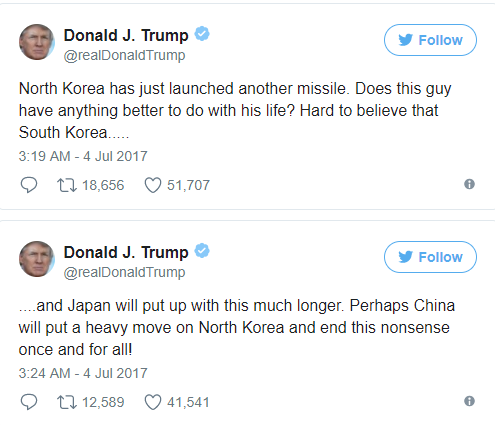